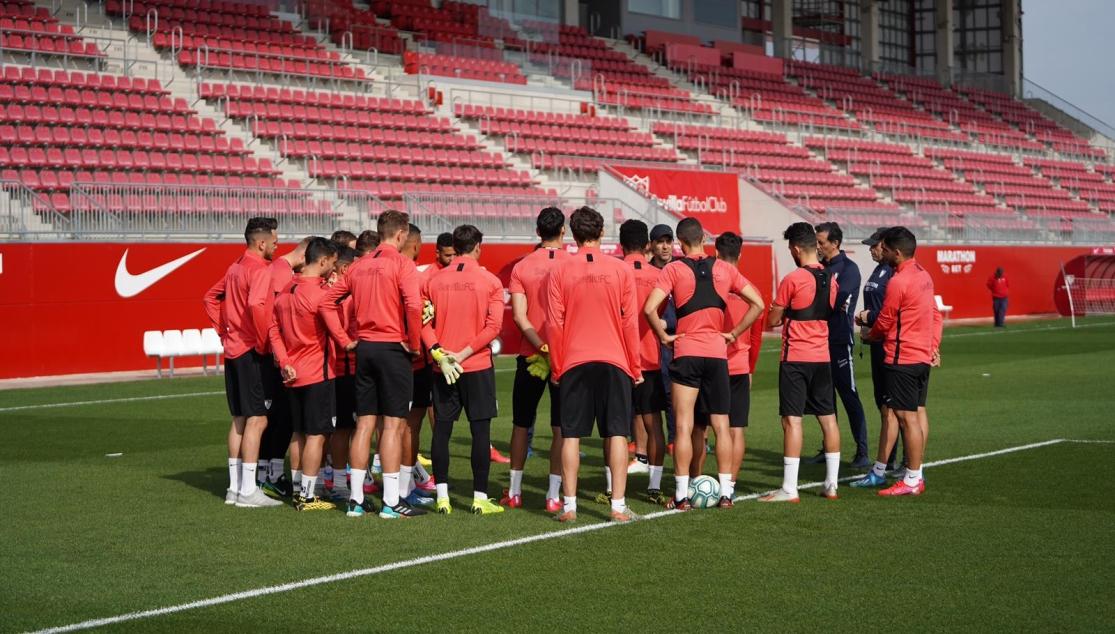 After training, it was made known that the next two matchdays of LaLiga will be suspended

After the first leg of the Europa League last 16 tie with AS Roma was suspended, the Sevilla FC first team squad trained at the Ciudad Deportiva José Ramón Cisneros Palacios.

Shortly after the session concluded, LaLiga announced the suspension of the next two matchdays, which beforehand were supposed to be just played behind closed doors.