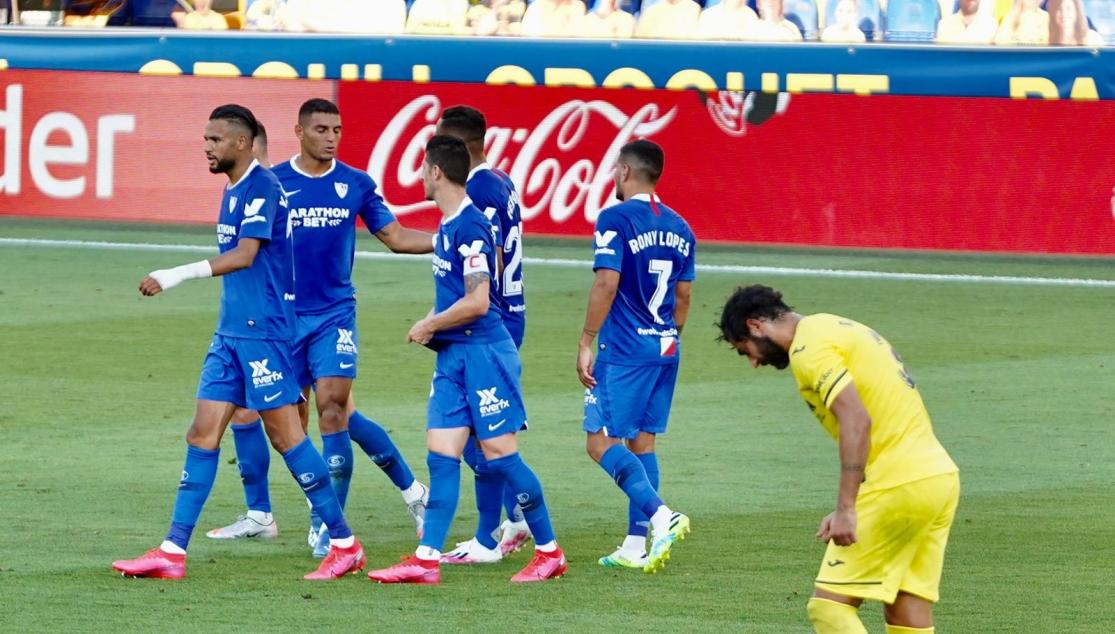 Sevilla FC have again gone ten matches unbeaten. After last night's draw at the Estadio de La Cerámica, the Nervionenses have now not tasted defeat in all competitions since the loss at Balaídos in February. This is not the first time this season that the side have reached ten unbeaten - they went eleven unbeaten in the first half of the season before, curiously, the run was ended by Villarreal at the Ramón Sánchez-Pizjuán, which was also Sevilla's last defeat at home, in mid-December 2019.

Since that defeat in Vigo in early February, Julen Lopetegui's men have played eight league matches and two UEFA Europa League matches without suffering a loss. They have picked up three wins and seven draws in those matches, picking up 14 points in the league and reaching the Round of 16 in Europe on away goals after twice drawing with CFR Cluj. This is also the longest current unbeaten run of any team in LaLiga, alongside Atlético de Madrid.

But if there is anything to highlight during this spell, which was interrupted by the pandemic, it is without doubt Sevilla FC's performances at tough away grounds or against strong sides. The Nervionenses faced two particularly tricky matches in the capital, but came away with a stunning 3-0 win at Getafe two weeks before picking up a well-deserved point at the Wanda Metropolitano, the final game before the suspension of competitive football. The run continued regardless, picking up three points in the first game back with a derby win, before drawing three on the bounce, including a hard-fought point against FC Barcelona in Nervión and last night's draw against a Villarreal side who had an 100% record since the league resumed. Despite not winning, the point added distance between Sevilla and the chasing pack in the race for the Champions League.

A strong run as the side strive for Champions League qualification

With the UEFA Europa League not resuming until the start of August, it is now time to approach the final straight as the side look to reach the Champions League. There are seven matches remaining, and none of them will be easy as all the sides have something big at stake. Four games at home and three away for Sevilla FC who are already focusing on the next match on Friday at 22:00, a home match against a Real Valladolid who are looking to move away from the relegation dogfight.