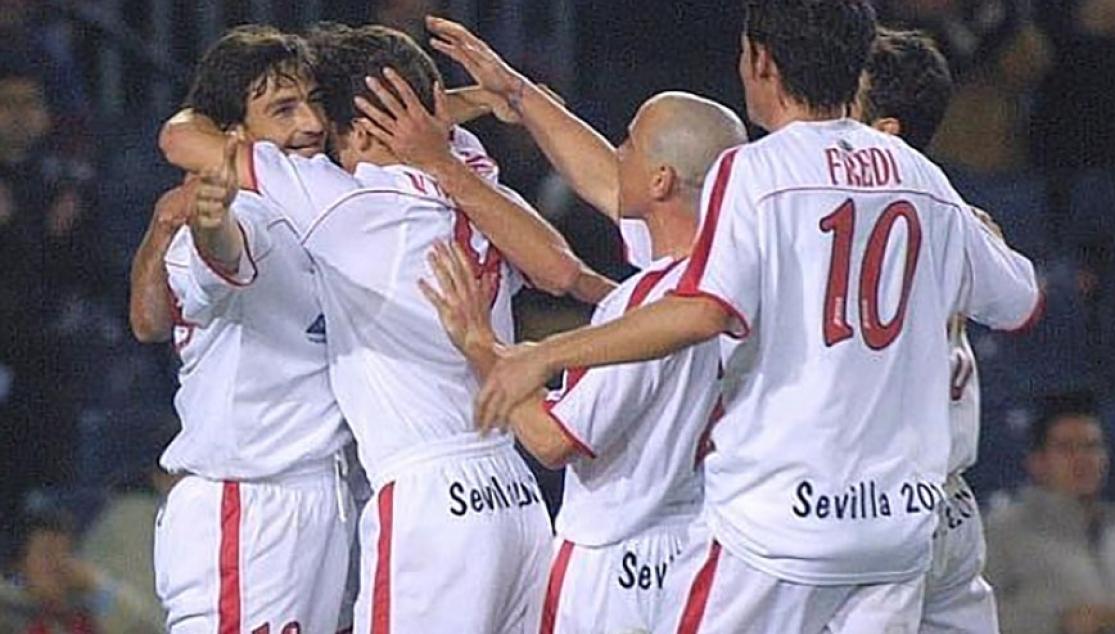 SEVILLA LOOKING TO WIN AT THE CAMP NOU IN LA LIGA, 17 SEASONS ON FROM THEIR LAST VICTORY THERE

Since the 2002/03 season, Sevilla have only managed two draws in the Camp Nou against FC Barcelona

Today, Saturday 5th October, Sevilla FC travel to Barcelona to face FC Barcelona on Sunday night at 21.00, in which will be matchday 8 of La Liga this season. Sevilla FC will not just trying to be playing their best on Sunday, but they will also be trying to overturn an unwanted statistic: which is that they have not won a league match in the Camp Nou against FC Barcelona since the 2002/03 season.

That was the last season in which Sevilla toppled FC Barcelona on their on turf in La Liga. It was the fourteenth matchday of that season, the 15th December and Sevilla went to the Camp Nou, not in a great place in the La Liga table. They were sitting in 18th place, in the relegation zone with only 11 points from 13 games. FC Barcelona, then managed by Louis Van Gaal, weren't going well in the league either as they found themselves in 10th place, with a mere 16 points. The Catalans went into the clash on the back of a defeat to Rayo Vallecano and weren't thinking of anything other than a win against Sevilla to get back on track.

Casquero opened the scoring in the first half, and then a brace from Toedtli in the second half secured the victory at the Camp Nou almost 17 years ago

This turned out to be the furthest thing from the truth. Sevilla, managed by Joaquín Caparrós, played brilliantly and won the encounter 0-3. The starting XI that day was: Notario, Redondo, Pablo Alfaro, Javi Navarro, David Castedo, Casquero, Torrado, Fredi, Marcos Vales, Reyes and Antoñito. Facing them was a Barcelona which included in the starting line up Fernando Navarro, and a young Saviola came off the bench.

From the kick off, Sevilla FC shook the Camp Nou and took the lead after 3 minutes thanks to Casquero. They managed to keep Barcelona at arms length for the entire encounter. In the second half, Toedtli made his entrance in the 72nd minute, and scored twice: in the 78th and 89th minute to cap off a fantastic performance from Sevilla. Samways and Víctor Salas also came off the bench that day for Sevilla.

A 1-1 draw the following season, and a 0-0 draw in 2012/13 are the only two points that Sevilla have picked up from the Camp Nou since

At that time, the victory didn't lift Sevilla out of the relegation zone, but it did revitalise them for the coming matches, as Caparrós' men went on a run of three straight victories, climbing the table and putting the bed a bad start to the season which had prolonged itself to almost the new year.

Since this game, Sevilla have visited the Camp Nou sixteen times in La Liga, and the best they've been able to manage has been a draw - only on two occasions. That reads for two points out of a possible 48, something which needs to be overturned as soon as possible. Sunday gives us a new opportunity to finally put to bed the bad run of form there. The match will kick off at 21.00, and it will be the last match of this round of La Liga fixtures, and the last before we head into another international break.

First team
THE BANEGA FAMILY, WITH THOSE MOST IN NEED IN ROSARIO DURING THE PANDEMIC
Leer más
END_OF_DOCUMENT_TOKEN_TO_BE_REPLACED