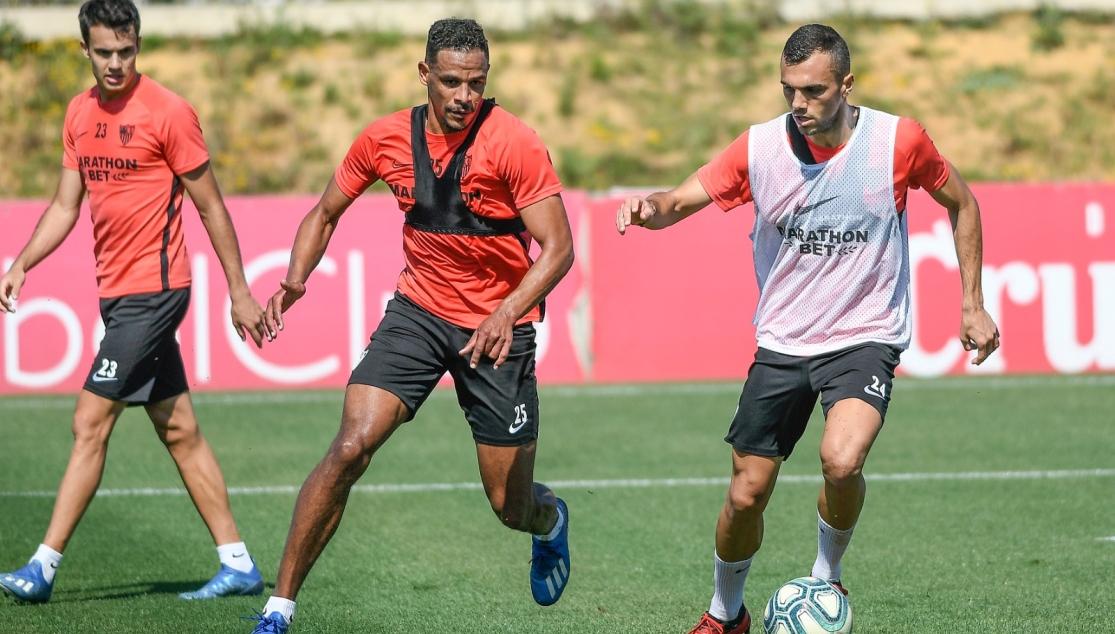 After eight individual training sessions, today the squad began to train in groups of ten players

Phase 3 of training sessions has begun at Sevilla FC today, at the Ciudad Deportiva José Ramón Cisneros Palacios. After eight individual training sessions, Julen Lopetegui's side are now able to train in groups of 10 as part of the new phase, and are always complying with the established norms as part of LaLiga's protocol.

In this way, with a lot of activity and big smiles on the players' faces, the new phase of training sessions has begun, and it will allow a different set-up to the eight earlier training sessions, as the squad prepare for the resumption of the league season.

First team
ALFONSO PASTOR: "LOPETEGUI TRIES TO HELP US IN EVERYTHING AND GIVES US ADVICE"
Leer más
END_OF_DOCUMENT_TOKEN_TO_BE_REPLACED