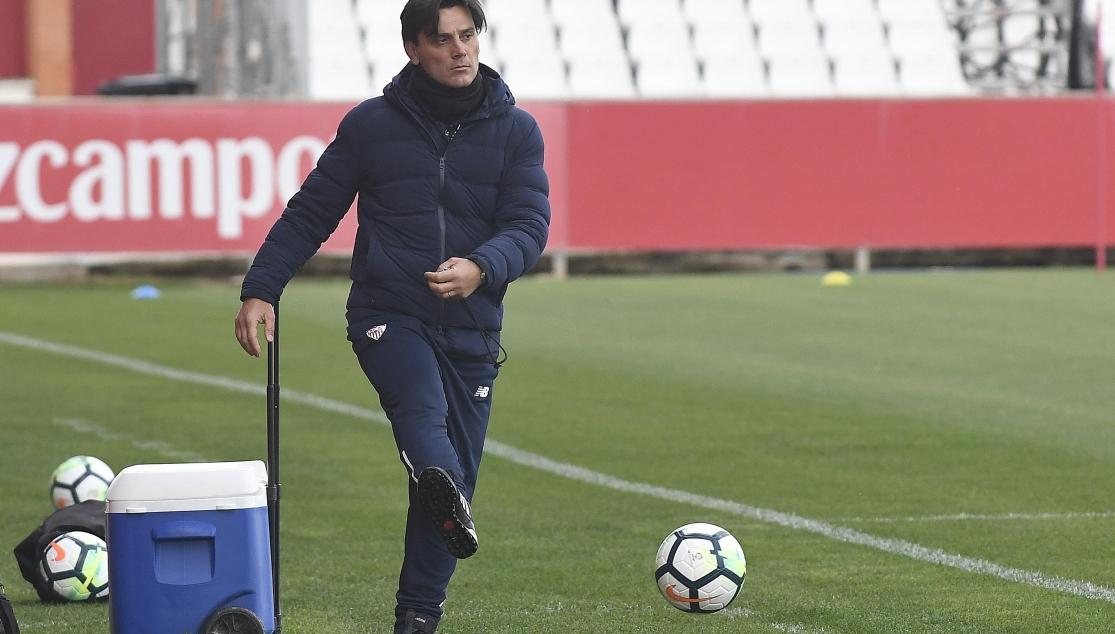 The club has taken the decision following a poor run of results, which has left the team without a win since the 13th of March and winless in nine

Sevilla FC have dismissed Vincenzo Montella after the side's bad run of results since winning last in Old Trafford on the 13th of March. Since then, the Nervión side have gone nine games without a win, with five defeats - the last of which coming last night in the Ciutat de Valencia Stadium.

Vincenzo Montella took charge of Sevilla FC at the end of 2017, taking control of his first match against Cádiz CF in the Copa del Rey. In 28 matches, he had a record of 11 wins, 7 draws and 10 losses. The Italian will be best remembered for his Copa del Rey run, eliminating Atlético Madrid on route to a final and a historic qualification for the Champions League quarter-finals after defeating Manchester United in the round of 16. At his lowest, Montella led the side in a heavy defeat in the Copa del Rey final against FC Barcelona and strung together a disappointing record of 19 La Liga points in 16 matches.

Montella has made his intention clear to say a public goodbye this Sunday to his players and the fans.

First team
THE BANEGA FAMILY, WITH THOSE MOST IN NEED IN ROSARIO DURING THE PANDEMIC
Leer más
END_OF_DOCUMENT_TOKEN_TO_BE_REPLACED