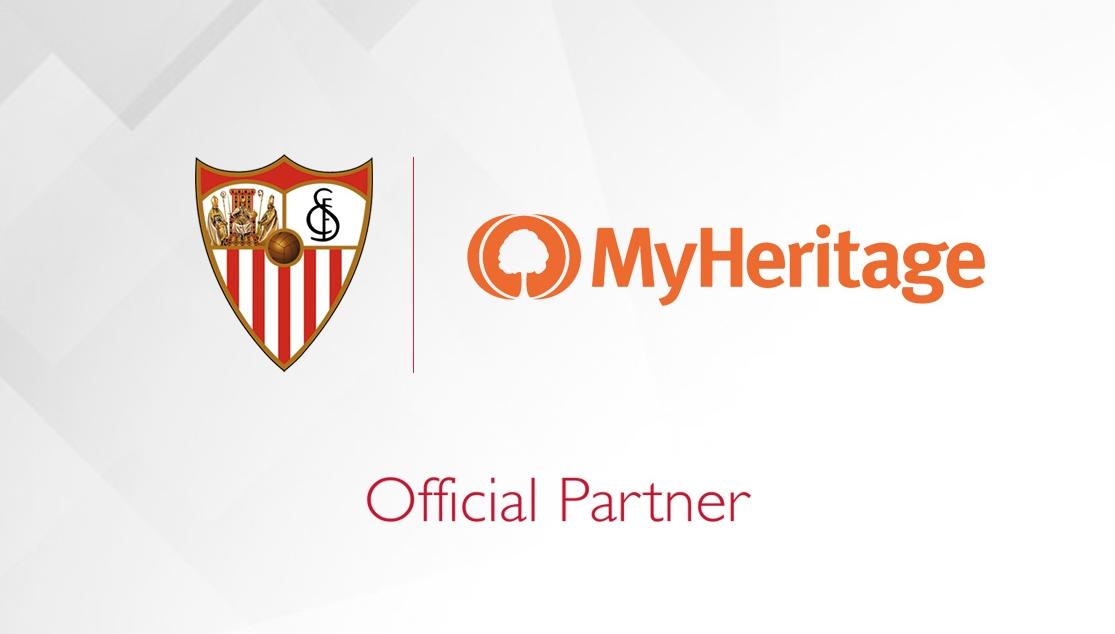 SEVILLA FC AND MYHERITAGE COME TOGETHER FOR A NEW INTERNATIONAL ASSOCIATION

MyHeritage will find out the origins and fascinating family stories of Sevilla FC's players such as Franco Vázquez, Ben Yedder, Sergi Gómez Sola and Pablo Sarabia, as well as other legendary players from the club

Sevilla FC have come to an agreement for a new international association with MyHeritage, a worldwide leader in DNA tests. The Nervionenses have joined up with MyHeritage to analyse the past of their players and understand the role that heritage plays in their own identity and in the team's. Franco Vázquez, Ben Yedder, Sergi Gómez and Sarabia participated in the activity.

'Passion and identity are ingrained in Sevilla's DNA. MyHeritage will help the players discover their ethnic origins and learn about their family history. Alongside the fans and the players, we will embark upon a journey to find out the club's true DNA,' commented Aviram Levi, MyHeritage's director of marketing.

MyHeritage, which has more than 100 million registered users worldwide, has carried out similar investigations with other football clubs such as Borussia Dortmund.

First team
THE BANEGA FAMILY, WITH THOSE MOST IN NEED IN ROSARIO DURING THE PANDEMIC
Leer más
END_OF_DOCUMENT_TOKEN_TO_BE_REPLACED