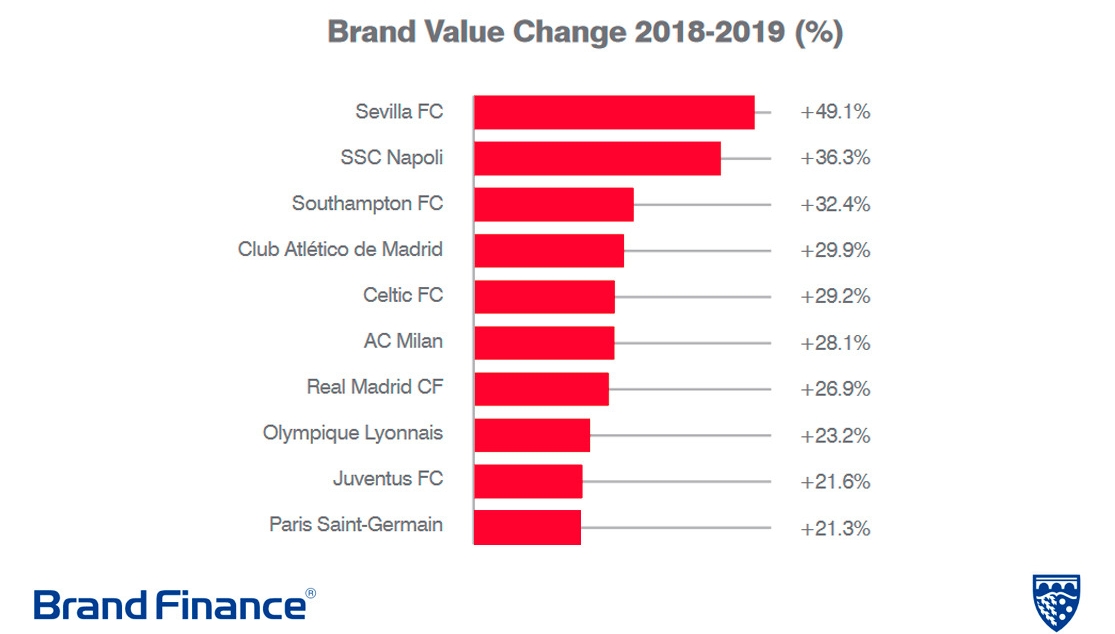 SEVILLA FC: THE 35TH MOST VALUABLE CLUB ACCORDING TO BRAND FINANCE

According to a report from Brand Finance World released on Thursday 16 May, a report which analyses the top 50 clubs in terms of their brand level, Sevilla FC find themselves in 35th spot. In the report, it is highlighted that Sevilla FC is the only club outside of the top 10 which has improved its position from last year in which they finished 48th. Their annual growth was 49.1% - higher than any club in the table.

Regarding Spanish clubs, Sevilla is in fourth place, only behind Real Madrid, FC Barcelona and Atlético Madrid. Athletic Club, Villareal CF and Valencia CF find themselves behind the Nervionenses. Of all the teams, only Sevilla has improved their position, alongside Valencia who have come into the table for the first year.

Brand Finance, created in 1996, is a business dedicated to evaluating leading brands in the world. Their goal is to close the distinction between marketing and finance and to connect the business to their brand.