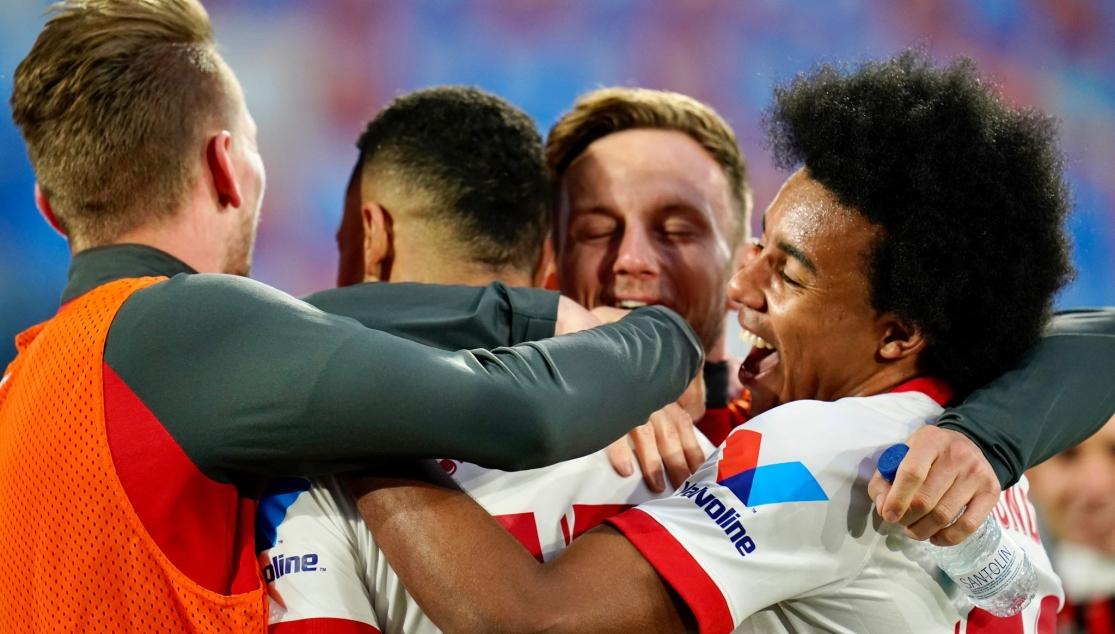 Sevilla FC picked up another La Liga win on Matchday 32 in their visit to Levante UD. That was the fourth league win in a row for Julen Lopetegui's team. Three of those wins came away from home, while the side have six wins in the last seven games. With En-Nesyri's strike, which put him in an elusive club of Sevilla FC strikers, the Nervionenses have set a new record for games won away from the Ramón Sánchez-Pizjuán in a season.

With the win in Valencia, Sevilla now sit on sixteen games won away from home in 20/21 in all competitions, beating the previous record of 15 wins set in 14/15 under Unai Emery. Ten of those wins have been in La Liga: Cádiz, Huesca, Getafe, Valencia, Alavés, Eibar, Osasuna, Celta, Real Sociedad and Levante. Four came in the Copa del Rey against Lucena, Linares, Almería and Leganés while the remaining two came in the Champions League in trips to Krasnodar and Rennes.

Furthermore, Julen Lopetegui's side have matched with these ten away league wins the records set back in 08/09 and the aforementioned 14/15. Sevilla still have trips to Real Madrid and Villarreal to come, meaning they have two opportunities to set a new record for wins away from the Ramón Sánchez-Pizjuán in a league campaign.

First team
LOPETEGUI: "WE ARE WHERE WE ARE BECAUSE WE'VE HAD A VERY GOOD YEAR, NO ONE HAS GIFTED US ANYTHING"
Leer más
END_OF_DOCUMENT_TOKEN_TO_BE_REPLACED