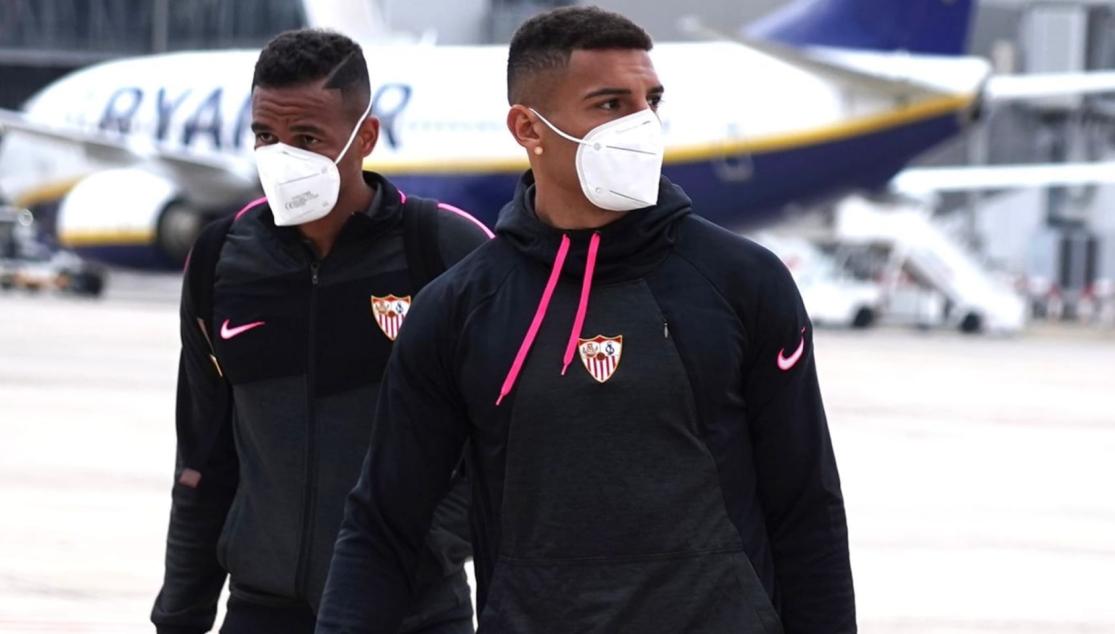 TOUCH DOWN IN VALENCIA ON THE HUNT FOR THREE POINTS

The match against Levante UD will be played tomorrow at 19:00 CEST

Sevilla FC landed in Valencia around 19:30 CEST this Tuesday evening ahead of tomorrow's match against Levante UD. The 23-man squad landed after approximately an hour-long flight from San Pablo Airport and will remain at the team hotel until they leave for the Ciutat de Valencia tomorrow, with kick off at 19:00 CEST.

The expedition was lead by Club Vice President José María del Nido Carrasco and Sporting Director Monchi, alongside Fernando Navarro, his assistant. Board members Luis Castro and Jesús Carrión also flew with the team. President José Castro will join the team tomorrow after he was in Switzerland today for the 45th Ordinary UEFA Congress.

First team
LOPETEGUI: "WE ARE WHERE WE ARE BECAUSE WE'VE HAD A VERY GOOD YEAR, NO ONE HAS GIFTED US ANYTHING"
Leer más
END_OF_DOCUMENT_TOKEN_TO_BE_REPLACED