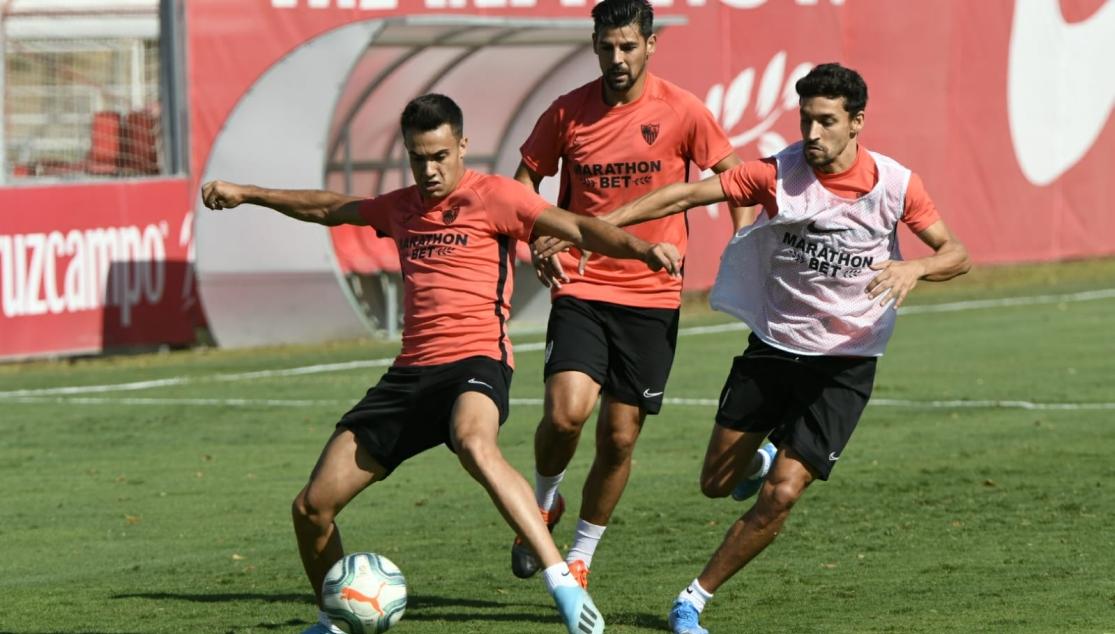 SECOND TRAINING SESSION OF THE WEEK, JESÚS NAVAS BACK IN THE SQUAD

The team is preparing for Sunday's trip to Alavés

After returning to training on Monday evening, Sevilla FC have trained again this morning at the Ciudad Deportiva José Ramón Cisneros Palacios, in what is their second session of the week. Jesús Navas was back in the squad, becoming the second player to return from international duty, after Bryan's return on Monday.

Julen Lopetegui's squad is now fully focused on the match against Alavés, on Sunday at 14:00 at Mendizorroza, which is the fourth LaLiga match of the season.