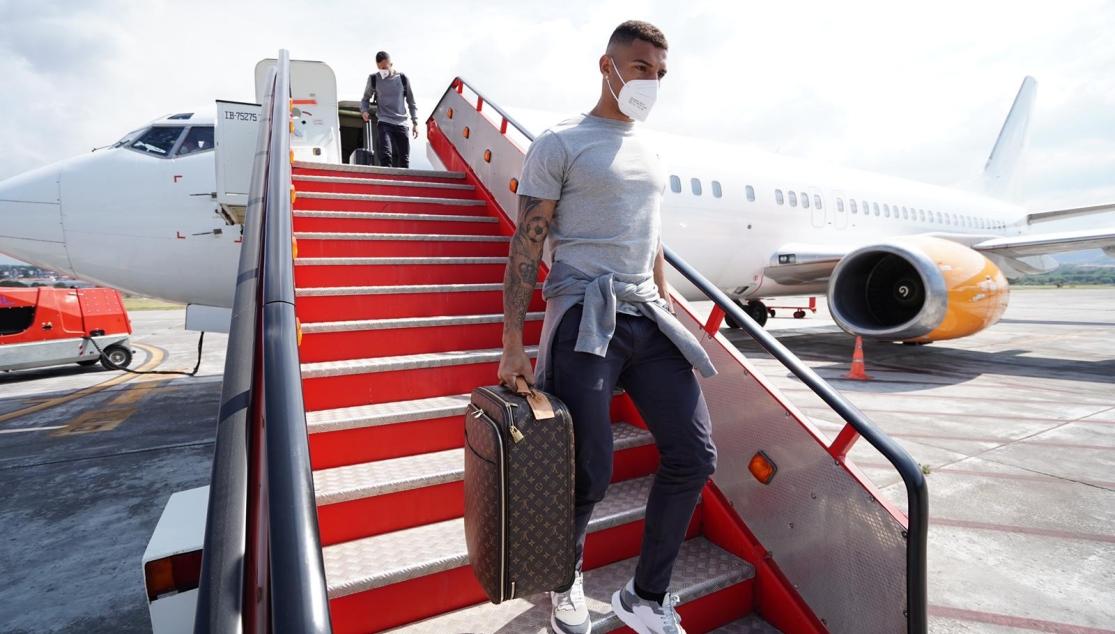 The team landed around 15:00 in preparation for tomorrow's match at the Reale Arena

Sevilla FC have landed in San Sebastián. The expedition, led by Club President José Castro, left for the Basque Country after this morning's training session in Seville. They play Real Sociedad tomorrow afternoon at 14:00 CEST.

The squad, who were accompanied by Board members Luis Castro and José María Manzano in addition to the usual Castro, del Nido Carrasco and Monchi, touched down in a cloudy and chilly San Sebastián after around an eighty-minute flight.

First team
LOPETEGUI: "WE ARE WHERE WE ARE BECAUSE WE'VE HAD A VERY GOOD YEAR, NO ONE HAS GIFTED US ANYTHING"
Leer más
END_OF_DOCUMENT_TOKEN_TO_BE_REPLACED