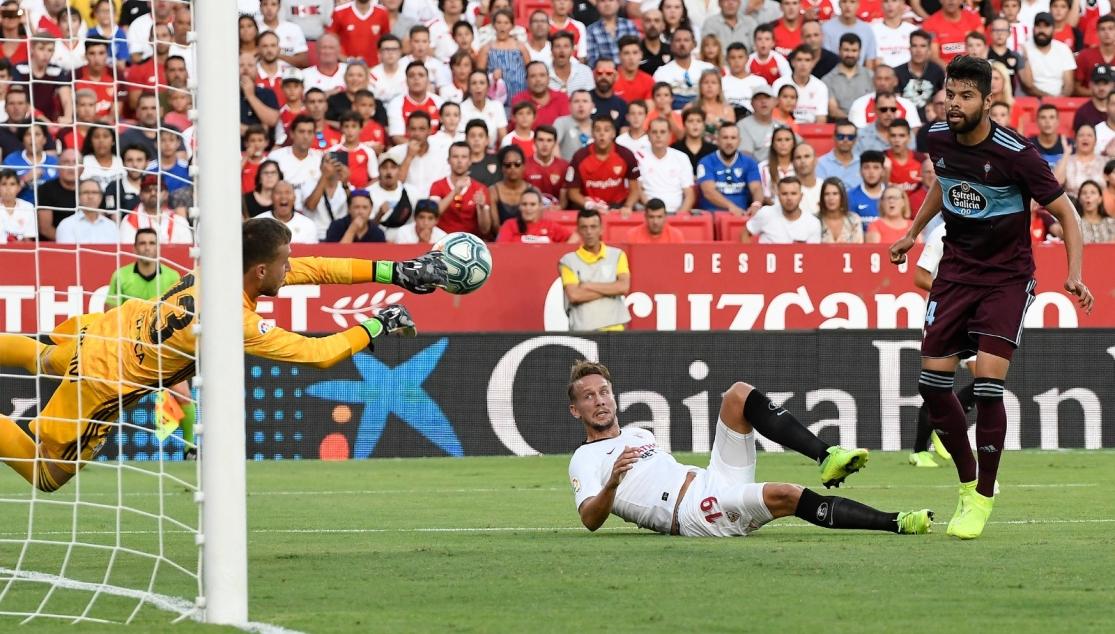 1-1: SEVILLA COULDN'T HOLD ON TO THEIR LEAD AGAINST CELTA

In their first home league game of the season, Sevilla FC were unable to hold on to the lead. After Franco Vázquez had opened the scoring with little time remaining, Denis Suárez equalised almost immediately after to level the game.

After two victories away from home, Sevilla FC couldn't start their league campaign at the Ramón Sánchez-Pizjuán with a win. After dominating the first half but to no avail, the deadlock was broken with ten minutes remaining in the game when Franco Vázquez headed in from a Banega free kick. However, in what was pretty much the following play, Denis Suárez equalised in what was the first goal that Sevilla have conceded in the league this season. The team go into the international break with 7 points out of a possible 9, something that we can be positive about even after the draw at home.

During the first 15 minutes of play, Sevilla were the dominant side, playing the game in Celta's half. The only thing that was lacking was the most important thing: a final product, a goal. On five occasions Sevilla forced Celta's 'keeper, Rubén Blanco, into making good saves. The game was only 4 minutes old when Diego Carlos came close from a corner, however his effort had too much power in it. From then on, it was wave after wave of attacks: Navas had a shot from a central position, De Jong had a header and Jordán had a promising shot, but which lacked accuracy.

Lopetegui's men had numerous opportunities in the first half to score

Sevilla had one last final push but it wasn't successful. This led to a quieter phase in the game, but still, Sevilla were the team on top. Celta, halfway through the first half, had hardly been in Sevilla's box a couple of times and didn't cause Vaclík any problems whatsoever. Meanwhile, Jesús Navas continued to cause problems down the right hand side against a Celta who seemed to leave too much space on the wings. After well-needed drinks-break, the game continued to be played in Celta's half; however what is certain is that half-time came at the right time for the players to escape from the heat.

Things didn't change an awful lot in the second half, with Sevilla continuing to dominate possession and continuing to play the game in Celta's half. However, in the last third of the pitch, Sevilla couldn't find the break through they were looking for. Lopetegui wasted no time in making his first change of the game, by replacing Munir El Haddadi for Bryan. As Sevilla were continuing to press for a goal, half way through the second half, Franco Vázquez came on for Joan Jordán, who received a rapturous applause on his departure from the field.

The game was becoming tighter as we came towards the final minutes. Rony Lopes, making his debut for Sevilla, came on in place for Nolito minutes before Sevilla's goal came from a set piece. Banega whipped a great ball into the area, and Franco Vázquez headed it down towards the far post and it beat the outstretched arm of Rubén Blanco. Unfortunately, the happiness didn't last long and after a defensive mishap, Denis Suárez, after receiving a pass from Mina, equalised after firing a shot out of the reach of Vaclík, in what was Celta's first clear opportunity of the game.

Eight minutes were added on, and although Sevilla tried to find a winner, they ran out of energy against a Celta who were happy enough to hold on for the draw. Celta, managed by Fran Escribá, were able to manage the game through keeping the ball and, in the end, came away from the game with a point. 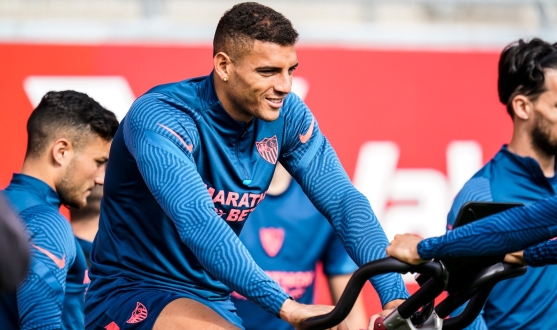 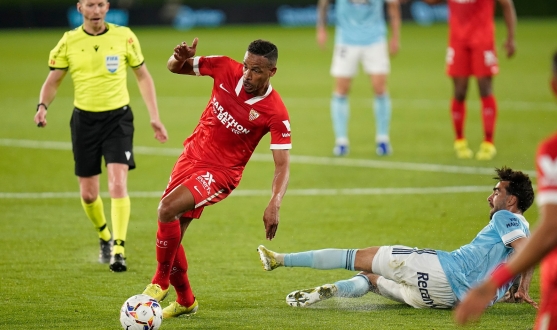 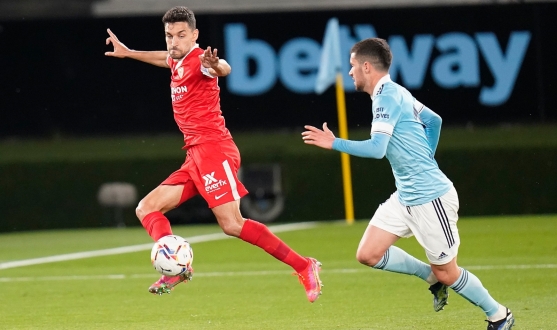