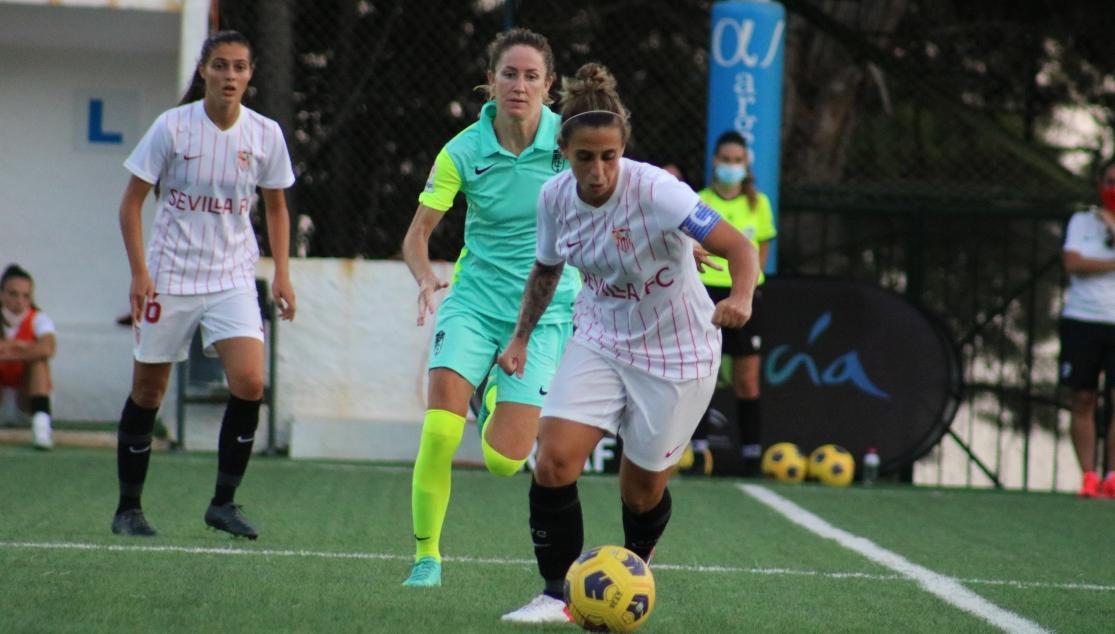 Sevilla dominated the first half, but failed to find the back of the net against an old rival, who improved in the second half and eventually won on penalties

Sevilla FC Women lost on penalties in the Copa de Andalucía semifinal against Granada CF. After a good performance against Sporting CP, Cristian Toro's team failed to score against Granada, which ultimately deprived them of a place in the final.

Sevilla were the most threatening in the first half with more possession and more likely to find the back of the opponent's net. Nagore Calderón had an attempt on goal from a set-piece play as well as crossing threatening balls in to the danger area for Toni Payne, Jessica Martínez and even Lucía Ramírez, who also nearly opened the scoring with a header that unfortunately went over the crossbar.

The first half ended with Sevilla continuing to put pressure on Granada on several occasions in the final minutes. The opponents only had one real chance on goal with a long-range shot from Nerea Agüero, but failed to challenge Esther Sullastres. Granada learnt from their first-half mistakes and came out stronger in the second half. They prevented Cristian Toro's team from creating any real opportunity except for Eli del Estal's at the beginning of the half. The visitors had a chance just shy of the hour mark, but a good save from Sullastres denied them their best chance of the game.

After dominating in the first half and failing to create chances in the second half, penalties were inevitable

Toni Payne had the opportunity to score the winner with less than 10 minutes to go as the team continued to fight until the end, but penalties were inevitable. Ana Franco and Nagore Calderón both scored from the penalty spot, but María Pi saved against Eli del Estal and Tere Mérida, to take Granada through to the final. This game marks the end of preseason for the team, who will kick-start their domestic campaign next weekend in an away-match against SD Eibar.