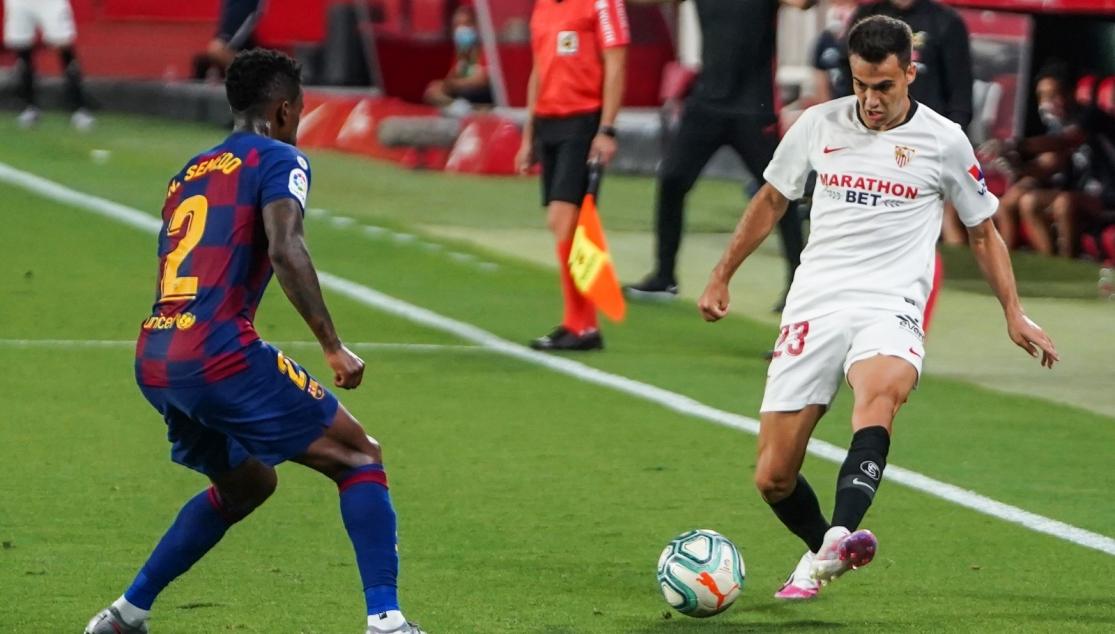 REGUILÓN: "IT WAS A GAME WITH A LOT OF RHYTHM AND IT WAS VERY HARD-FOUGHT"

Sergio Reguilón spoke to official media after the 1-1 draw against FC Barcelona in Nervión. The full back spoke about the effort that he and his teammates put in on Friday night: "It was a game with a lot of rhythm and it was very hard-fought, now it's time to recover. We had to be focused and involved in the match".

If there was one thing that made the number 23 stand out today, it was his ability to get forward, although he continues to think about improving with every game: "I was very tired when I went forward. Unfortunately I couldn't open the scoring, but we have to make good on this point in the next match". He finished by indicating that "getting points isn't bad, although it is certain that it is necessary to win your matches at home".