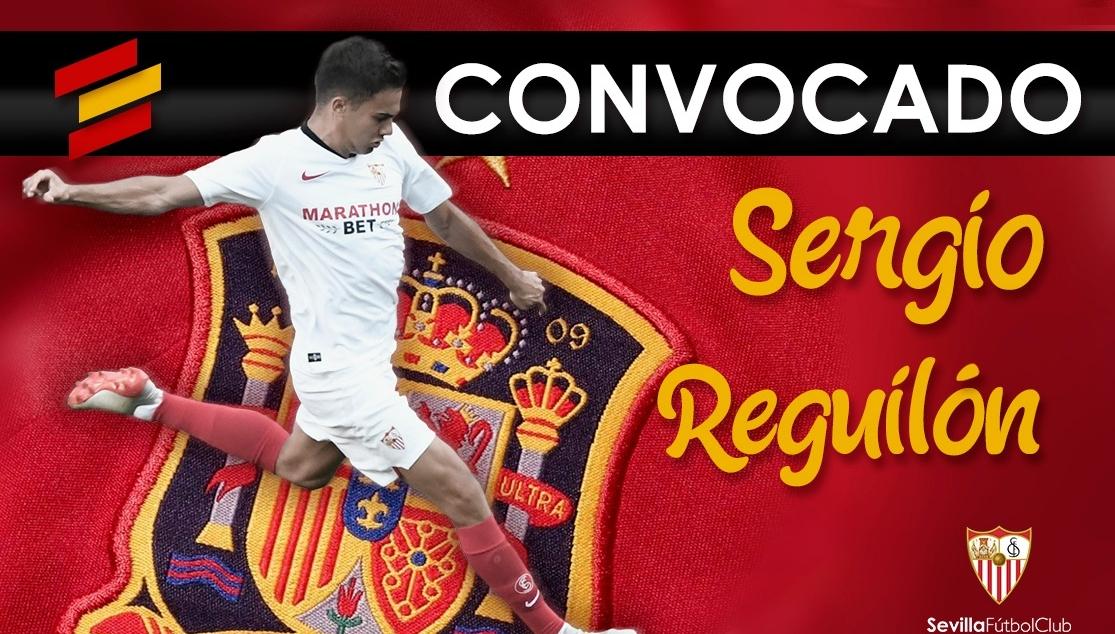 REGUILÓN AND JESÚS NAVAS BOTH INCLUDED IN SPAIN SQUAD

Robert Moreno, manager of the Spanish national side, has, this morning, announced the squad that will represent Spain in the two upcoming Euro 2020 qualifiers over the next few days. As regards to Sevilla FC, the new call-up for the Spain side is Sergio Reguilón who, after his great start to life in Nervión, has been rewarded with a call up by Robert Moreno. In addition, Jesús Navas has once again retained his place in the squad.

Spain will play against Norway on Saturday 12th October at 20.45, and against Sweden on Tuesday 15th, again at 20.45. Both games, for the Spanish national side, are away from home.

POZO CALLED UP TO SPAIN U21 SQUAD

In addition to Reguilón and Navas, product of the youth academy Alejandro Pozo has been called up by Luis de la Fuente to the Spain U21 team for the next two matches. They team will face Germany, at home, on Thursday 10th October; and will play Montenegro away from home on Tuesday 15th October - both matches in qualifying for the UEFA European U21 Championship in 2021.

First team
THE BANEGA FAMILY, WITH THOSE MOST IN NEED IN ROSARIO DURING THE PANDEMIC
Leer más
END_OF_DOCUMENT_TOKEN_TO_BE_REPLACED