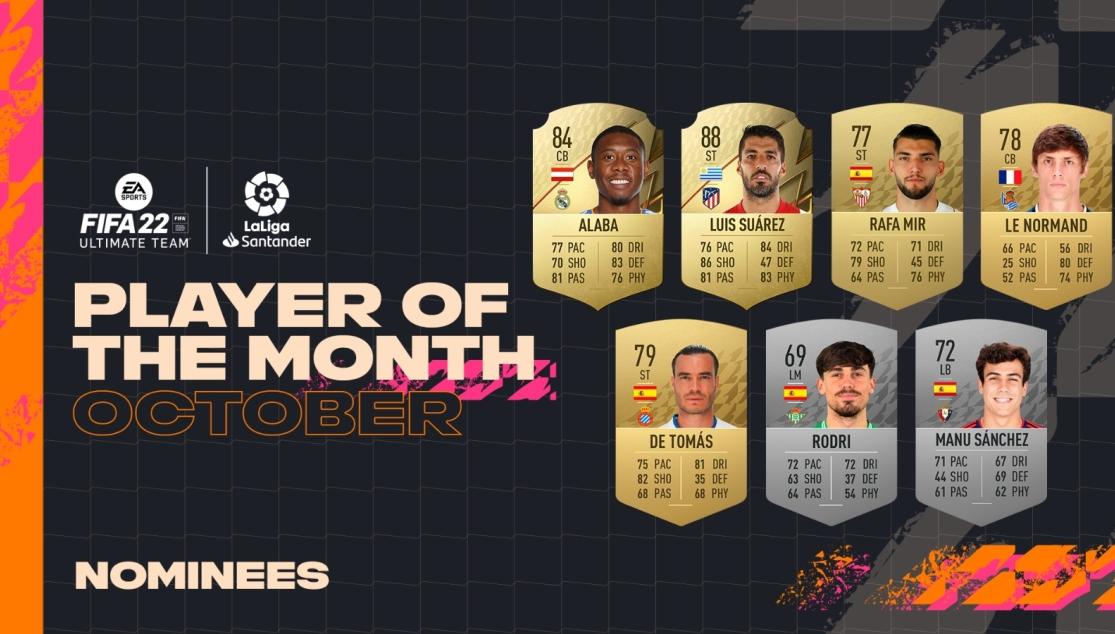 RAFA MIR NOMINATED FOR OCTOBER PLAYER OF THE MONTH

He scored the goal in the victory against RC Celta and he also played in the last win in Nervión against Levante UD.

The Sevilla FC striker Rafa Mir has been nominated for the October Player of the Month in La Liga Santander after his good performances in the wins against RC Celta and Levante UD, in which the forward scored twice, one in each game.

Mir, who was also nominated last month in September, is up against Alaba, Luis Suárez, Le Normand, Raúl de Tomás, Rodri and Manu Sánchez. You can vote for the Sevilla player through this link.

First team
LOPETEGUI: "WE ARE HOPEFUL IN THE CUP BUT WE KNOW THAT THERE ARE NOT SECOND CHANCES"
Leer más
END_OF_DOCUMENT_TOKEN_TO_BE_REPLACED