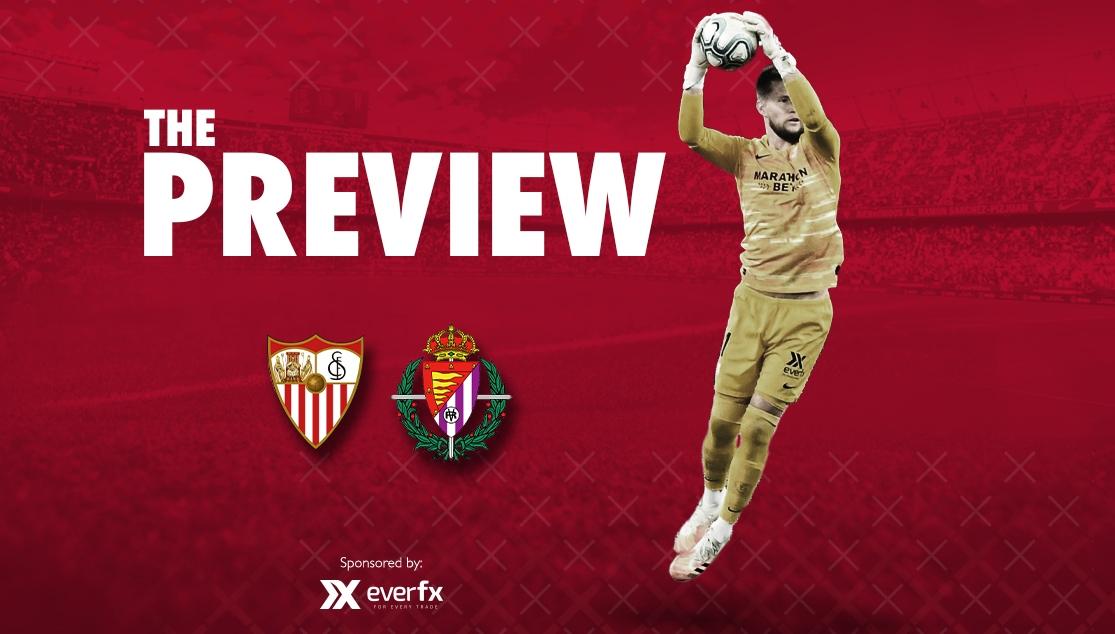 Valladolid come into this match in 15th place, 8 points above the relegation zone

Another Friday, and another matchday that Sevilla FC will open at the Ramón Sánchez-Pizjuán, like they did last week against FC Barcelona. At 22:00, the Nervionenses will play the first match of Matchday 32 and they will host Real Valladolid in what will be the fifth match since the restart. The Blanquirrojos have taken four points from six at home but will look to get back to winning ways after three consecutive draws as the side look to secure a spot in next season's Champions League.

Sevilla are on 53 points and are in fourth place after being overtaken by Atlético de Madrid. Again, the chasing pack of Getafe, Real Sociedad and Valencia all slipped up in midweek, meaning tonight's match is a big one. A win tonight would take Sevilla seven points clear of fifth place and, with fifth-place Getafe facing seventh-place Real Sociedad and eighth-place Valencia up against Villarreal this weekend, at least two of the chasing pack will drop points, giving this match even greater importance.

Valladolid picked up a point against Getafe on Tuesday, meaning they are on five points since LaLiga resumed

Real Valladolid come to Andalusia in fifteenth place with 34 points after drawing at home to Getafe on Tuesday. With 21 points still up for grabs, they are eight points clear of 18th placed RCD Mallorca, meaning another year in the top-flight appears very likely. Since the restart, they have won once and drawn twice. Their manager Sergio González will be able to call on Sandro, ex-Sevillista, nor the centre back Joaquín due to injury.

Despite what the table says about Valladolid and Sevilla, Julen Lopetegui, at his pre-match press conference, warned about the good form that Valladolid are in, after the draw with Getafe and causing Atlético de Madrid problems a few days before: "Valladolid are well-prepared and complete. They can take up different roles and played well against Atlético de Madrid, taking them to the limit and only losing from a set piece. They had chances to take the lead and this will make us be ready for a match that will push us greatly".

Tonight's match will kick off at 22:00 CET at the Ramón Sánchez-Pizjuán, and will be refereed by Pizarro Gómez from Madrid. Martínez Munuera will be in charge of VAR.