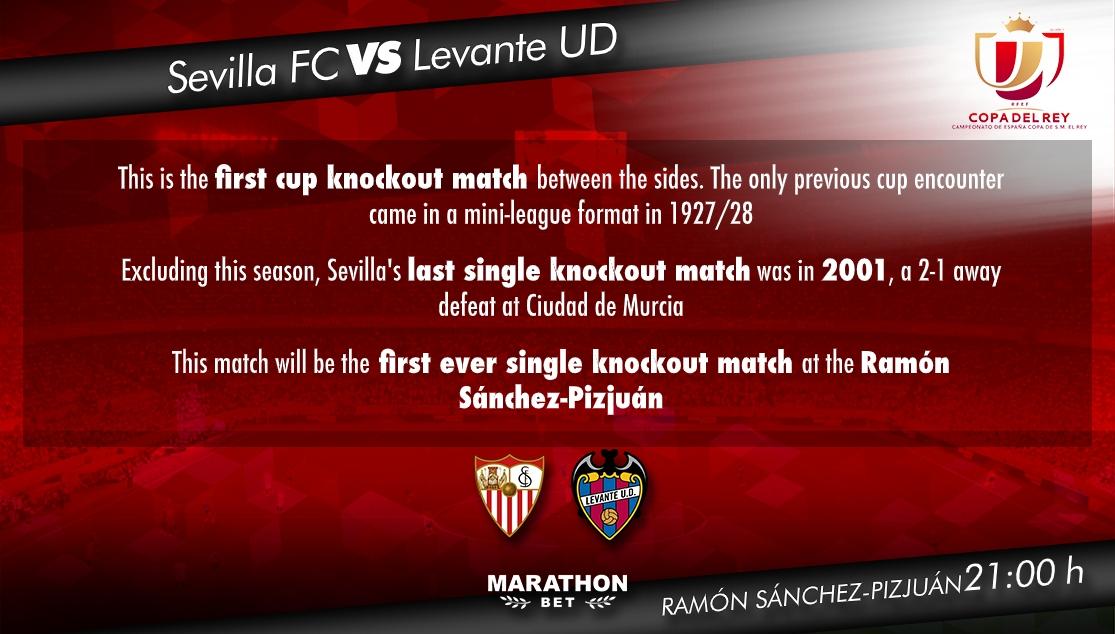 Excluding this season, Sevilla FC's last single knockout match was in 2001, an away defeat against Ciudad de Murcia. Sevilla have also never faced Levante UD in a cup knockout match.

The law of averages suggested that Sevilla FC would play away against a lower-tier side in the Copa del Rey Round of 32. However Sevilla were amongst the four sides who were not drawn against a lower-tier side. So, tonight the Ramón Sánchez-Pizjuán will host Levante UD for the second time this season - a 1-0 win with a late goal from Luuk de Jong - in a winner-takes-all clash in the third round of the Copa del Rey.

Tonight's match is a first for the Ramón Sánchez-Pizjuán, in that it has never hosted a single knockout Copa del Rey match. This is also the first knockout match between these two sides; the only precedent was in the 1927/28 season, however the matches took place in a mini-league format, and both sides were knocked out at this phase. The last time Sevilla faced a match like this - excluding this season's matches against Bergantiños and Escobedo - was in 2001, a 2-1 defeat away at Ciudad de Murcia.

Sevilla FC have already knocked out Bergantiños and Escobedo, while Levante UD progressed by beating Melilla and Jaén

Both teams go into this match after winning their opening two cup matches. Sevilla did this with a 1-0 win against Bergantiños FC in La Coruña and a 5-0 win against UM Escobedo in Santander, while Levante knocked out Melilla CD with a 5-0 win, but in the last round they needed a penalty shootout to overcome Real Jaén, the side who knocked out Deportivo Alavés in the first round.

Julen Lopetegui gave his pre-match press conference yesterday, stating that his side has "won the right to play this match and dream of advancing further in the cup". He also added that his team "will approach the match exactly how it is, all or nothing", but stressed that "we don't have an obsession with the cup, but an excitement based on the growth of the club".

Tonight's match will kick off at 21:00 at the Ramón Sánchez-Pizjuán, and will be refereed by Sánchez Martínez from Murcia. 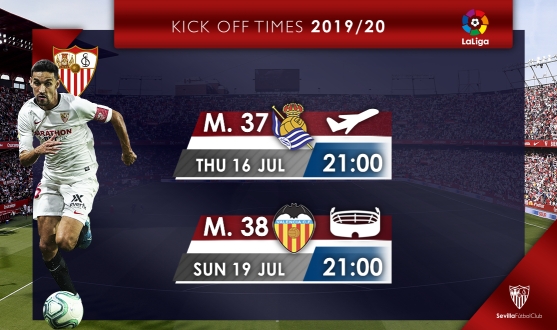 The Club
MONCHI ON THE UEL DRAW: "IT'S A FORMAT THAT WILL MAKE US FIGHT TO THE DEATH IN A FORTNIGHT"
Leer más
END_OF_DOCUMENT_TOKEN_TO_BE_REPLACED