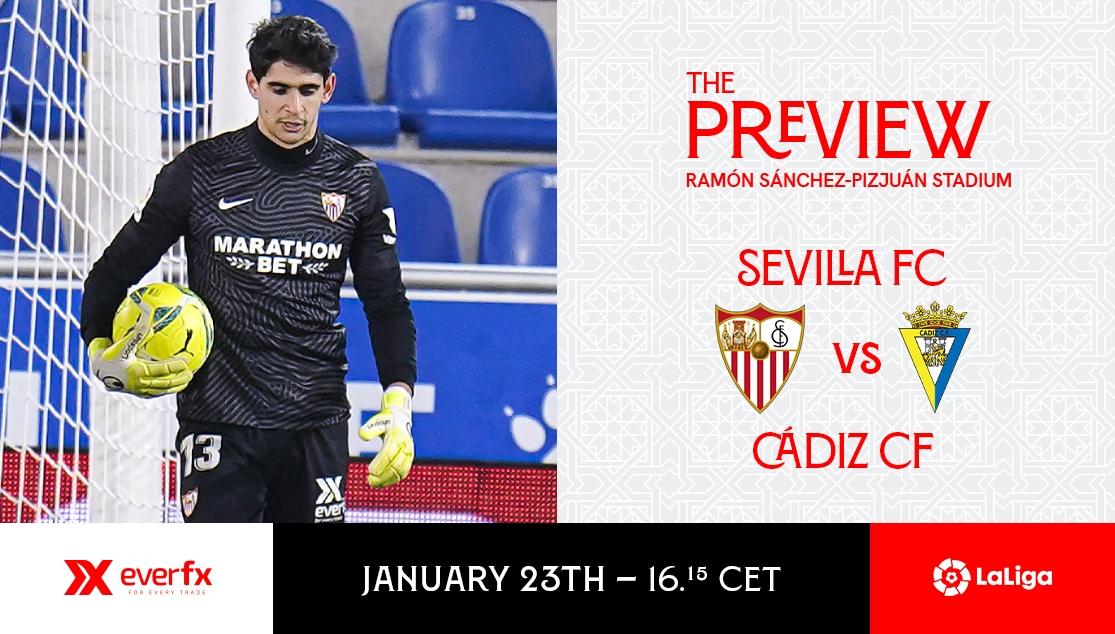 THE SECOND HALF STARTS JUST AS THE FIRST DID

In their last eleven games, Sevilla have nine wins, two draws, and just one defeat against the league leaders

While the unequal amount of games played across the league prevents the most accurate picture being seen, but when you are gunning for top four you can never take your foot off the gas. Sevilla FC start the second half of the league campaign just how they began the first in September. Back then, it was matchday 3 in La Liga as Sevilla missed the first two due to starting the season late as a result of their Europa League success. Cádiz had already picked up their first three points in Huesca, but they fell to defeat at home against Sevilla who managed to complete a comeback at the end of the game. Cádiz return to Nervión four months later having beaten Real Madrid and FC Barcelona - their record against big teams is very impressive.

19 games have gone and Cádiz find themselves comfortable midtable, closer to the Europa League spots than the relegation zone. Sevilla are above them, and will have no room for error in their fight for the Champions League places. Lopetegui's team will be looking to get back into the winning rhythm they had before the trip to Atlético Madrid. Other than that games, Sevilla had only dropped points in two of their last twelve games - draws against Real Valladolid and Betis. The winning run sent Sevilla above Villarreal and Real Sociedad, two teams who allow the Nervionenses no room for error.

Lopetegui will be without the injured Óscar Rodríguez and Diego Carlos who both missed the trip to Vitoria. The coach will also have to wait to see how Ocampos' situation develops after the heavy tackle that forced him off at the Mendizorroza. Cádiz, who have just signed Saponjic, have Quezada, José Mari, Akapo, Augusto, Espino and Javi Navarro out through injury, though it seems they will be able to welcome Marcos Mauro back to the team. Cádiz come into the game having been knocked out of the cup and drawing at home against Levante. Ex-Sevillistas Cala and Negredo could make an appearance.

Guillermo Cuadra Fernández will be in charge of the match. He recently refereed Cádiz in their 4-0 defeat in Balaídos, while he was in charge of Sevilla's late win against Huesca. Jesús Gil Manzano will be on VAR duties.