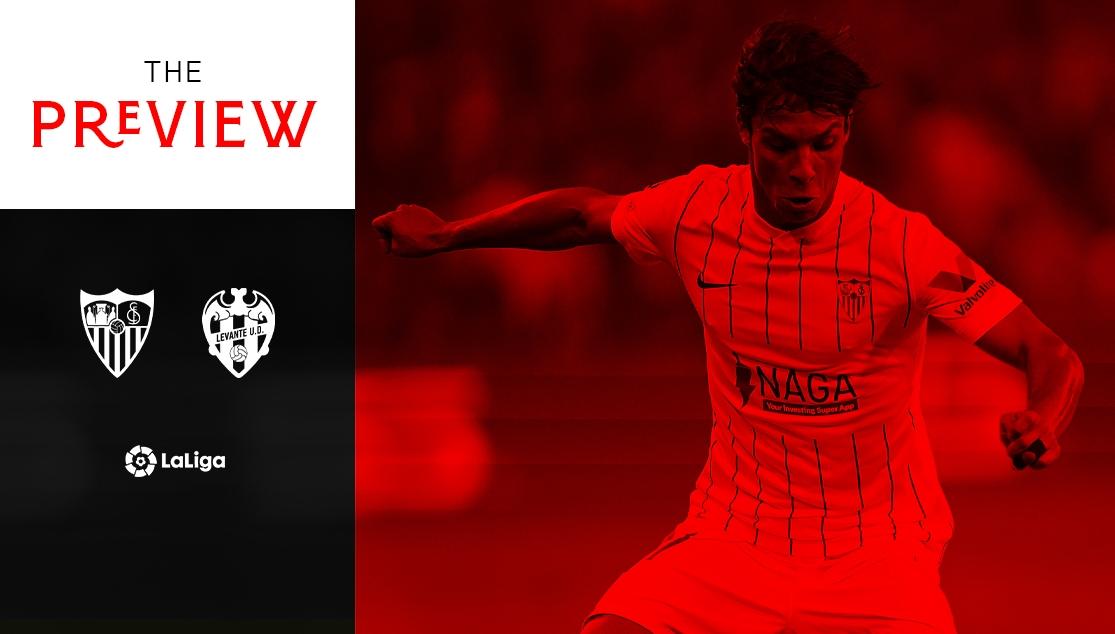 LOOKING TO MAINTAIN THE 100% HOME RECORD

After four consecutive away matches (Wolfsburg, Granada, Vigo and Lille), Sevilla FC are back in action at home and, for the first time since 1st March 2020, the Ramón Sánchez-Pizjuán will be open with 100% capacity. Julen Lopetegui's side are in the top four with a game in hand after last week's win at Balaídos, and are now looking to maintain their 100% record at home in LaLiga, with Rayo Vallecano, Valencia and Espanyol. A win would move the team onto 20 points after just nine games with a game in hand, which is at home to Barcelona. Sevilla have three league games before they are back in Champions League action, with the team needing some key victories to progress to the last 16.

As for team selection, Karim Rekik is unavailable after he picked up an injury in Lille on Wednesday, while Jules Koundé and Youssef En-Nesyri are back in the squad, with both players not featuring since the international break. The team have conceded the fewest goals in LaLiga Santander, just three so far, and are up against a side who are not on a good run of form, but their players' individual quality could definitely cause some problems.

Bardhi, Vukcevic and Malsa are back in the squad for the visitors

As for the visitors, Levante head into this fixture in the relegation zone, but they have had a recent change of manager, with Javier Pereira joining the club, the man who was assistant manager between 2011 and 2013 while Juan Ignacio Martínez was at the helm. His first match was against fellow strugglers Getafe, and they picked up a point in a goalless draw. Roger Martí, Campaña and Postigo are still injured, but Bardhi, Vukcevic and Malsa have recovered and are in the squad. They are yet to win so far this season, and only Getafe trail them in the table. As for their away record, they have picked up two points this campaign, with draws in Cádiz and Elche. They were beaten in San Sebastián, Mallorca and Barcelona.

Valentín Pizarro Gómez is the referee for today's fixture, the sixth time that he will take charge of a Sevilla match. He refereed the away match in Elche in Matchday 3, a 1-1 draw, and he also refereed the last clash between the two sides, a 1-0 away win for Sevilla in April. In the five matches he has refereed, the team have picked up two wins, two draws, and one defeat, which came at Elche in March. He has taken charge of a Levante fixture on six occasions across the top two divisions, and the first of those matches was against Sevilla Atlético in the 2016/17 season. They have only lost once when he has refereed, against Sevilla in April. David Medié Jiménez is on VAR duty.

First team
LOPETEGUI: "WE ARE HOPEFUL IN THE CUP BUT WE KNOW THAT THERE ARE NOT SECOND CHANCES"
Leer más
END_OF_DOCUMENT_TOKEN_TO_BE_REPLACED