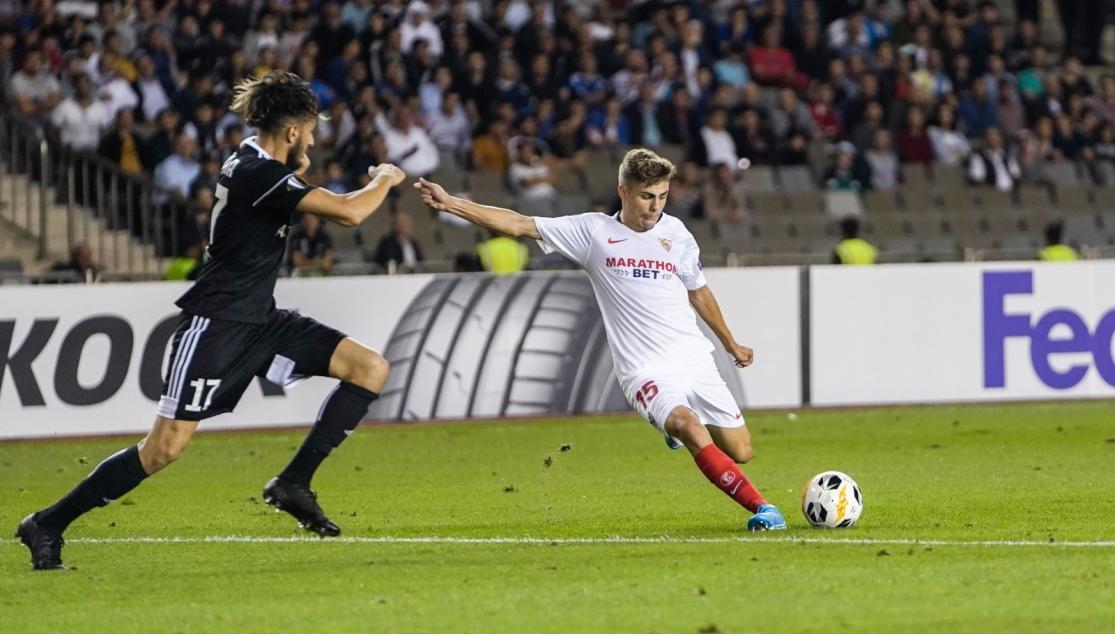 POZO: "IT'S BEEN MY DREAM EVER SINCE I WAS A KID"

"It was a tough game. Qarabag always play well against strong teams in European competitions"

Alejandro Pozo couldn't hide his happiness after making his official debut for the first team: "It was my debut and I'm really happy to have made my official debut with Sevilla. It's been my dream ever since I was a kid. Now I have to keep working hard, and keep giving everything in the opportunities I get".

"I really wanted to make my debut for this club. As I've said, I'm very happy. I've been dreaming of this for a long time. At the end of the day, this made me leave everything out on the pitch". He also spoke about the knock he took at the end of the game: "It's been a while since I played and the pitch was very heavy. I felt something in my calf but it's nothing".

He also spoke about his nerves before making his debut: "He told me I was going to play and that made me nervous. My teammates joked with me about it. However, after getting out on to the pitch and getting my first touch of the ball, all the nerves went away. The manager told me to relax, to play my game and that's what I did. Things went very well".

"I'm proud because I've been waiting for this moment for a long time. To be able to make my debut in the Europa League is something special. Now, if I'm lucky and continue working hard, I might be able to make my home debut in the Pizjuán - which has been another dream of mine since I was a kid, and to do that would be amazing".

He wanted to thank his loved ones on such a special day: "I'm thinking about my family, my girlfriend and everyone else. My family and my girlfriend support me every day, they have been with me since day one".

The victory was a good way for him to make his debut: "It was a tough game. Qarabag have always played well against top teams in European competitions. It was a tough pitch and we're happy to have got a positive result from the game".

"The team played very well and we had a lot of the ball which is what we wanted. In the first half we could't find the back of the net, but in the second half, with Chicharito's worldie, things went very well and it turned into a great result".

First team
THE BANEGA FAMILY, WITH THOSE MOST IN NEED IN ROSARIO DURING THE PANDEMIC
Leer más
END_OF_DOCUMENT_TOKEN_TO_BE_REPLACED