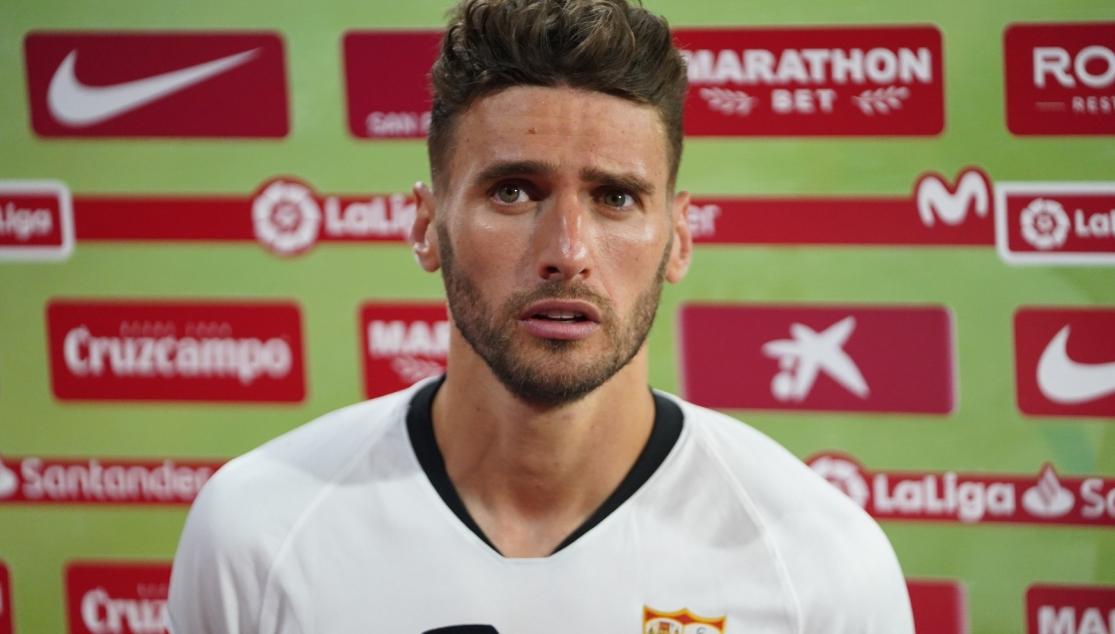 SERGI GÓMEZ: "WE KNEW THAT ANY DETAIL WOULD MAKE THE DIFFERENCE"

The centre-half replaced the suspended Koundé

Sergi Gómez replaced the suspended Koundé today and enjoyed a vital win over Eibar: "I think it's been a win that we've worked for and we demonstrated it until the end, until the final play we were defending our badge for our people".

Despite the differing fortunes of the sides in the table, the sides appeared equal: "We knew it would be a tough and intense match in which any detail would make the difference, because we're both playing for something, but we got that goal to give us calmness".

The Catalan recognises that it is an important step, but not definitive: "Nothing's done, but we wanted those three points to make an important step forward". He was also asked about Vaclík: "We don't know anything, I hope it's not serious. Now it's time to step on the gas and think about the upcoming matches".