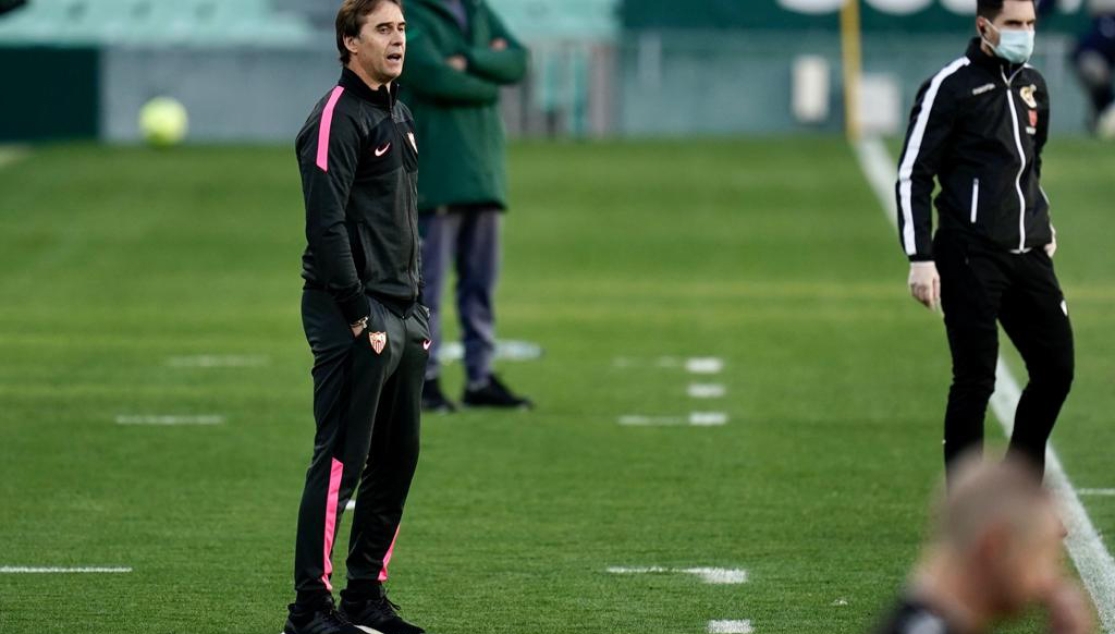 LOPETEGUI: 'THEY EQUALISED QUICKLY AND THAT GAVE THEM A BIG BOOST'

The coach acknowledged that the team played poorly in the first half and were 'out of the game' at times, but he valued the point gained by the team

Julen Lopetegui analysed the point won against Real Betis in a derby that did not go as planned: 'It's always a positive to pick up a point, although we had come here to win. We weren't good in the first half but we improved in the second. We got ourselves in front but unfortunately they got the penalty soon after and that gave them energy. The second half was fairly even and at the end of the day these games are always difficult. They were quite aggressive in their game today and if the referee doesn't keep that in check with bookings... At some points we were out of the game, but the point is positive.'

For Lopetegui, the key moment was Betis' quick equaliser: 'You could see we lacked a bit of composure, but in the second half we were as good and at some points better than them; it's a shame their equaliser came so quickly. We could have capitalised on their nerves but the penalty came and that gave them a big boost.' Now the team need to focus on the Cup: 'Football comes at you quickly and now we have a final in three days in the Copa del Rey.'

First team
LOPETEGUI: 'IF YOU DON'T SCORE AND LET THE GAME GO ON, THESE THINGS HAPPEN'
Leer más
END_OF_DOCUMENT_TOKEN_TO_BE_REPLACED