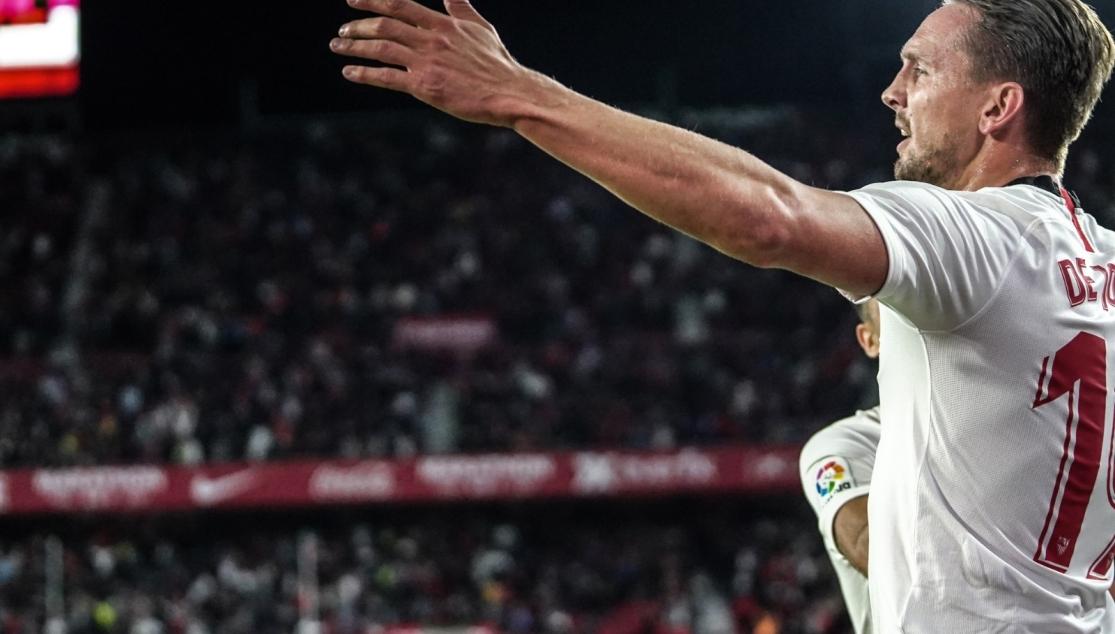 DE JONG: "I WANT TO THANK THE FANS AND THE PLAYERS"

The striker wants more after his first goal: "I hope more goals will come"

Luuk de Jong was the hero of the night as his goal against Levante UD secured all three points for Sevilla FC. The Dutch striker was very happy after finding the net in Nervión: "I am so happy. It was such an important goal for me, but for the team as well. I've been able to score and the team held on".

The striker, who had replaced Nolito in the second half, was thankful for the support of his teammates and the fans: "I want to thank the fans and the players. I hope more goals will come".

First team
THE BANEGA FAMILY, WITH THOSE MOST IN NEED IN ROSARIO DURING THE PANDEMIC
Leer más
END_OF_DOCUMENT_TOKEN_TO_BE_REPLACED