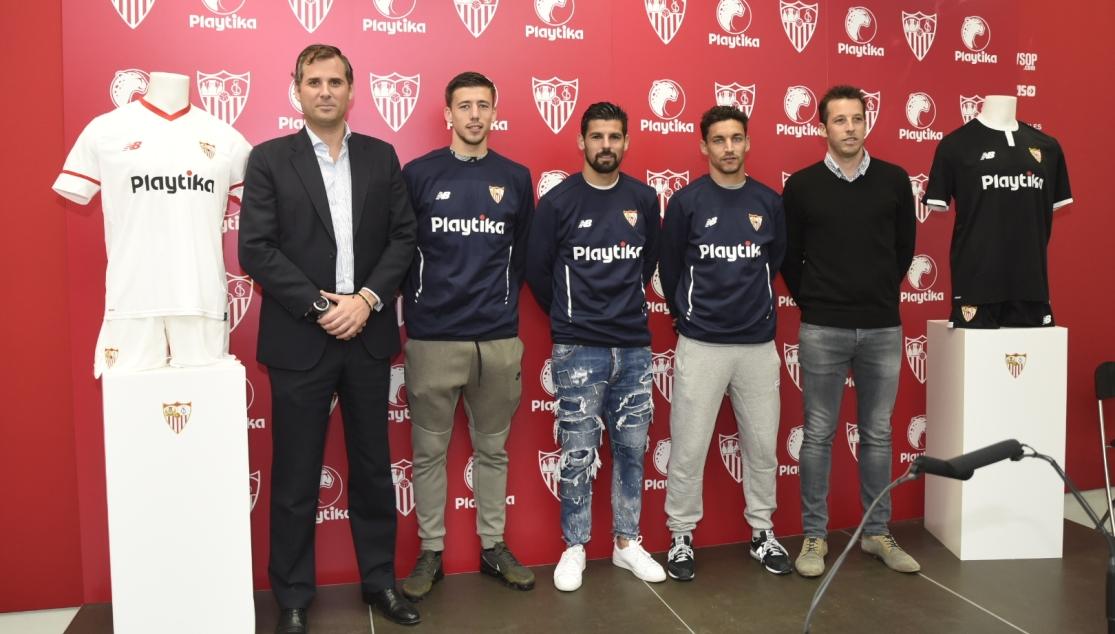 The brand leader in mobile games, Playtika, have launched a worldwide advertising campaign with Sevilla FC front and centre

Playtika, Sevilla FC's official sponsor, has launched a new and creative advertisement. In the bold commercial, the Playtika logo - a leopard - transforms into Sevilla FC stars: Jesús Navas, Nolito, Lenglet and Correa. The new campaign, entitled Leopard, reflects the shared values between the company and the club: speed, dynamism, agility and precision. Nir Korczak, Director of Marketing for Playtika, said: "we are lucky to be linked with a company that shares our values and DNA and we are extremely excited to be able to relay those values to the public with the same high levels of creativity that permeate all our Playtika games".

Ramón Loarte, Director of Marketing for Sevilla FC, agreed that: "Playtika and Sevilla FC are two leading brands, with passion, with fight that unites them to keep growing together. We've taken another step on an advertising level, creating a great production that has been launched on an international level and that improves our sponsor's brand, our players' brand and Sevilla FC's brand even more". The campaign is launched at an important moment in the Sevilla FC season, with the Nervionenses facing Manchester United this Wednesday in the round of 16 of the UEFA Champions League. Not long after, Sevilla face Atlético Madrid and Real Madrid before heading on to the final of the Copa del Rey against Barcelona.

Get to know Playtika

Founded in 2010, Playtika has amongst the highest turnovers in mobile gaming companies. Their collection of games include names such as Slotomania, Bingo Blitz and World Series of Poker. These have been played by over 20 million users to date, with 6.5 million players playing every day. In 2016, Playtika was bought by a Chinese consortium for 4.4 billion Euros, making it one of the three most valuable companies in Israel. With their headquarters in Herzliya Pituach, Israel, Playtika have 15 offices in 10 countries and employ over 1,800 people.