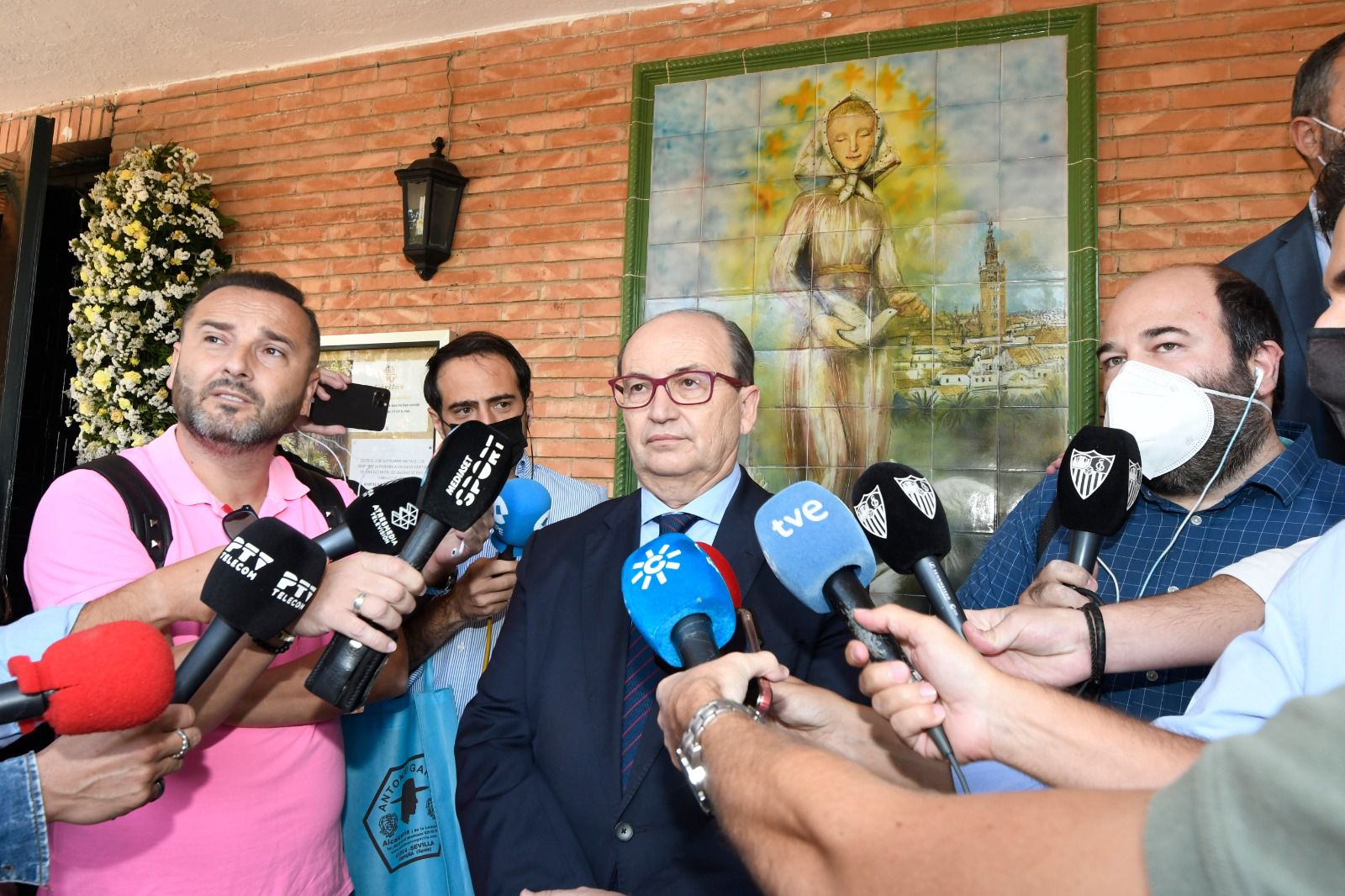 CASTRO: 'NOT SELLING KOUNDÉ SHOWED THE ECONOMIC STRENGTH OF THE CLUB'

José Castro appeared in front of the media following the club's floral offering to Jesús del Gran Poder. The President spoke about the Shareholders' Meeting that will take place and responded to José María del Nido's comments: 'I already said his comments were ridiculous yesterday. Saying that we are in economic ruin when last season we posted a profit, when the majority of clubs posted losses following the pandemic... We're all in losses this year, but we would have posted a profit had we sold Koundé. Our decision not to sell shows how strong we are economically. To say we are in economic ruin is really poor from him because, even though it is false, the headline appears in the media. It's his way of trying to win the presidency with the help of some Americans who only care about money. It's a shame a Sevilla fan would stoop to that.'

'In football as in life, there is no reason to change things when they are going well'

Castro believes he has the support of the shareholders: 'I am convinced by the number of Sevilla fans and the accumulation of shares by members who have never voted and who don't want Del Nido. You have to know when to leave, and his time is long over. It's the way of life and there's no reason to complicate things when there's no reason for a change. And there's no reason to make the ridiculous comments he has. He has two board members within the club who would have supposedly signed off these accounts that show economic ruin...'

The President was also asked by the shares represented by Vice President Del Nido Carrasco: 'That's a matter between a father and his son. All I can say is that the father encouraged this pact that isn't even two years old and he broke after about half an hour. I didn't want it because I lost some control, but I allowed it because it gave us stability which is the most important. He only wants everything for himself.' Castro also spoke about the sale of Luis Galán's shares: 'It doesn't affect me in terms of number of shares. What affects me is that he did it without letting me know, but I'm not responsible for other people's actions.'

'The club is in constant growth and is a footballing, economic and social example'

Regarding the growth of the club, Castro was frank: 'Can we grow more? In each of these eight years we have grown and last season we were in the La Liga title race with a far inferior budget to our competitors. The club is in constant growth - that's why none of this makes sense. It's a shame because the club is a footballing, economic and social example.'

Questioned about his proposals, Castro said: 'I will present them in the meeting but we have encouraged constant growth at the stadium, the training ground... There are a lot of projects that you know about as well.' To finish, he made it clear this was not affecting the team: 'The players and coaches have been left out of this. This only has to do with shareholders. That's the reality.'

First team
LOPETEGUI: "THE ONLY WAY TO GET RESULTS IS TO BELIEVE IN WHAT YOU ARE DOING MORE THAN EVER BEFORE"
Leer más
END_OF_DOCUMENT_TOKEN_TO_BE_REPLACED