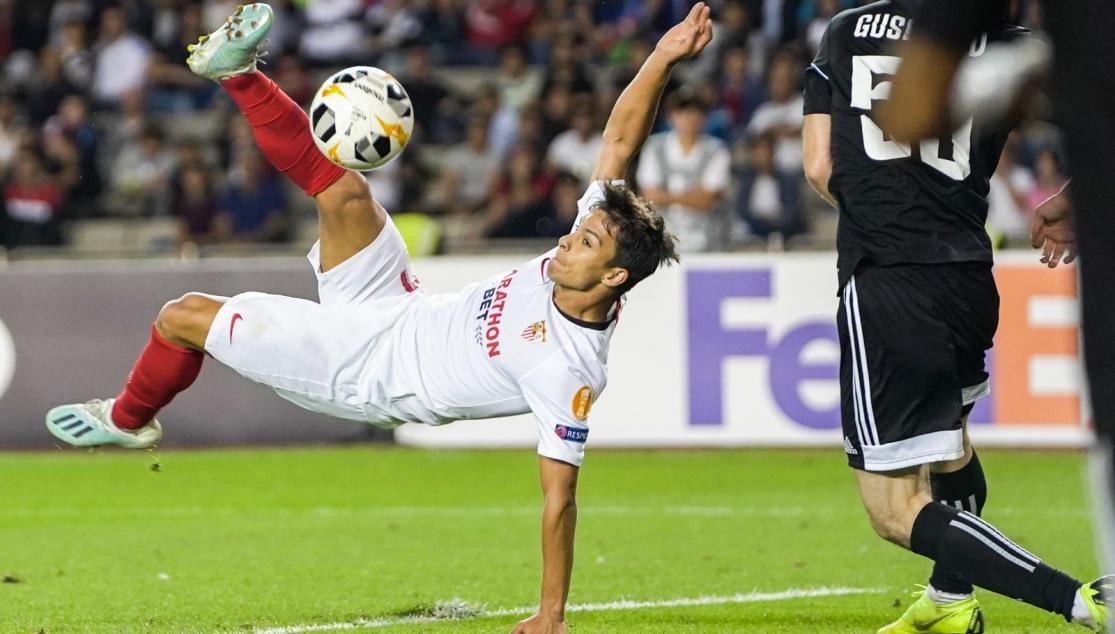 ÓLIVER TORRES: "WE HAVE HISTORY IN THIS COMPETITION, AND WE WANT TO MAKE SOME MORE THIS YEAR"

Óliver Torres finished off the scoring in the win against Qarabag and didn't hide his happiness in front of the cameras: "We played well and put the things we were working on all week into practice. There's still a long way to go, but after a good game we are very happy; because the most important thing was getting the win".

On Sunday it sees a change in competition, but not in attitude: "We really wanted to, and were very excited to play in a different competition and things got off to the best possible start. We were solid, created a lot of opportunities, found spaces and probed well throughout the game". At first it seemed as if the goal wouldn't come, but then three came along: "We will try to improve on it in every training session, then we will be more or less hitting the target; however, the most important thing is that we are creating chances because eventually the goals will come".

Torres knows what the UEL means to the club, but is now focusing on LaLiga: "It's exciting, we have history in this competition and we want to make some more this year. However, now, we have to think about our next game which is at home, in front of our supporters. I'm confident we will play well, because although being top of the league is a nice feeling, we will try to win our next game which is the most important thing".

First team
THE BANEGA FAMILY, WITH THOSE MOST IN NEED IN ROSARIO DURING THE PANDEMIC
Leer más
END_OF_DOCUMENT_TOKEN_TO_BE_REPLACED