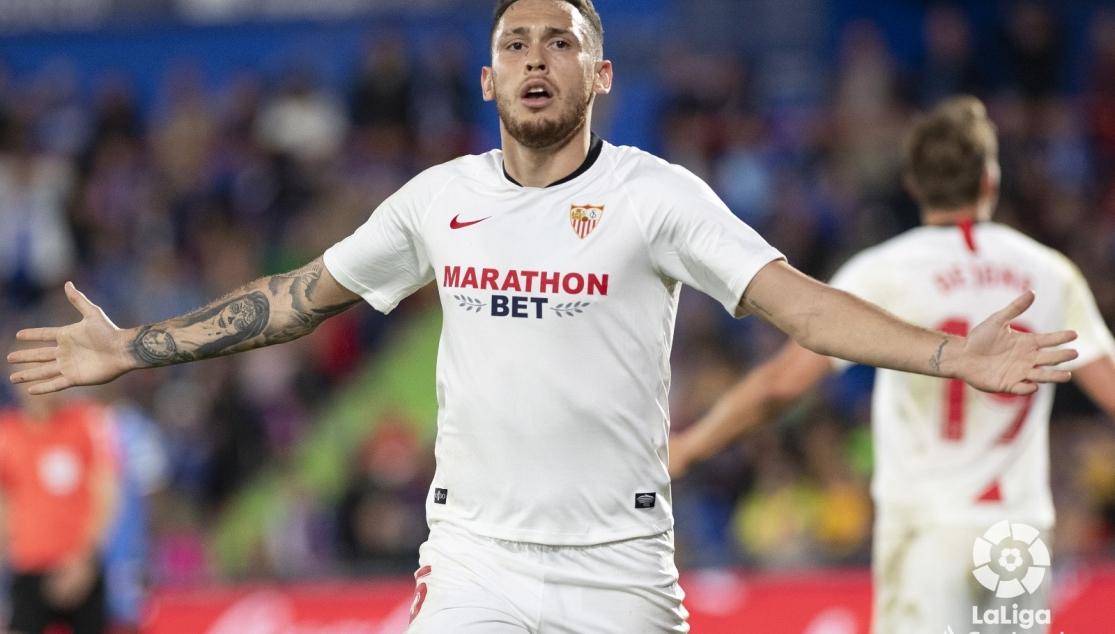 "We needed this result, as much for our confidence as for our fans"

Sevilla FC's winger, Lucas Ocampos, scorer of the first goal in the win over Getafe, showed his delight after the match: "The truth is that we were almost perfect today, as we came to play our own game. We knew that there would be moments when we couldn't play our game the way we had been playing. Today it was win or die, and we won". Lucas spoke about how difficult it was to play in a match that is always hard: "It's always hard to play here, only Madrid and Barcelona have won here. They're a very difficult side to play against as they've been showing recently. Today we took a huge stride forward".

The Argentine international spoke about the importance of the win: "We needed this result, as much for our confidence as for the fans, to calm the waters and the doubts that people were starting to have on us. Today, we won and we're delighted". He continued: "There were a few doubts that were starting to be created about us as a team. We won, and we're taking away with us a great result as we've been doing for most of the season".

Ocampos spoke about having a week of reflection: "When results don't go your way, you start looking for a load of solutions, more than needs be. What we could go on and do was spoke about a lot if we won this game, and the confidence that it would give us. It's something that we're going to take with us for the rest of the season". It was a game that "we played against a direct rival who were above us, and we knew that if we won we would go into the Champions League places. We came to play like men and we won".

Lastly, he spoke about his happiness after scoring: "I adapt to the way the team wants me. Hopefully I can continue scoring as I have been doing. I had to score and dedicate it to Regui".

The Club
JUAN JOSÉ JIMÉNEZ: "THE SPORTING WORLD IS SETTING AN EXAMPLE TO EVERYONE"
Leer más
END_OF_DOCUMENT_TOKEN_TO_BE_REPLACED