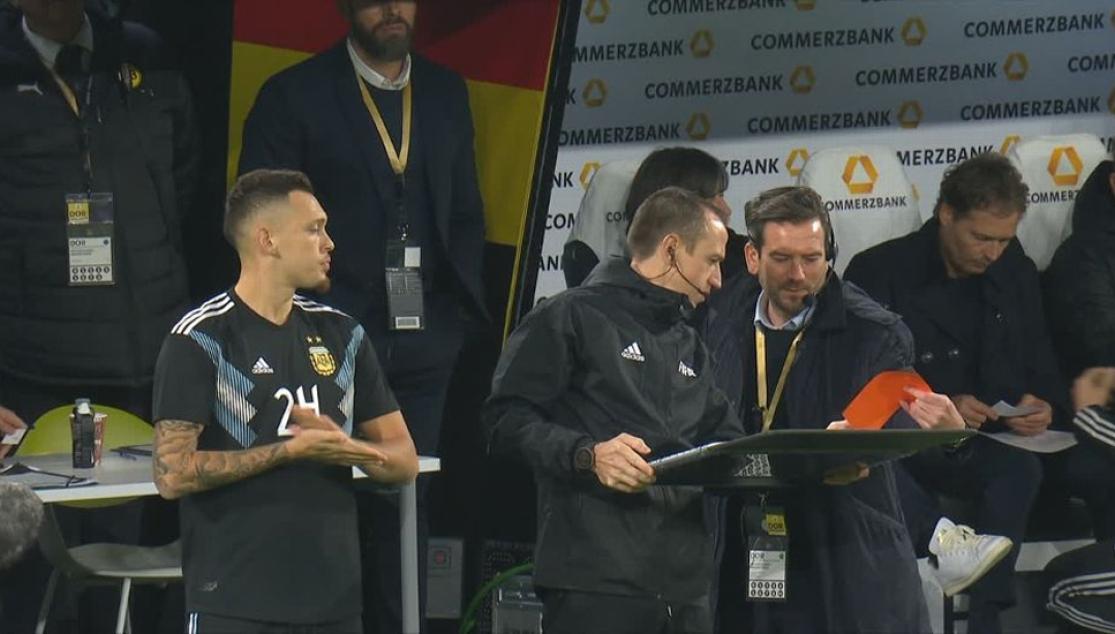 The winger, who came off the bench to score the equaliser against Germany in Dortmund, joins Fazio, Perotti, Correa and Franco Vázquez

For Lucas Ocampos, Wednesday was a very special night as he made his international debut for Argentina. The Nervionense winger came off the bench at half time in Dortmund, against Germany, and scored a late equaliser as the sides drew 2-2 in a friendly. The Sevillista came on for Ángel Correa after Gnabry and Havertz had put Germany in front. Alario pulled one back for Argentina before Ocampos completed the comeback, beating Ter Stegen with a quality strike.

Lucas Ocampos is now the fifth Argentine to receive their first cap while at Sevilla. Argentines have regularly featured amongst Sevilla's international contingent. You do not need to think too much when football greats such as Scotta, Bertoni and Maradona himself all arrived in Nervión as full internationals for Argentina.

Scotta, Bertoni and Maradona made their international debuts before arriving in Nervión.

Others, as Ocampos has done, have made their leap to the national side in Nervión, such as Diego Perotti. The winger came through the academy and Sevilla Atlético before shining in the first team, and Maradona gave him his debut on 14th November 2009 in a friendly against Spain at the Calderón. Spain won 2-1, and, coincidentally, Jesús Navas also made his international debut that day.

Fede Fazio was just the second player on this list

He was followed by Federico Fazio. He also started in the reserve side, reaching the second tier with them, and soon became a first-team regular and his opportunity with the national side came on 1st June 2011 against Nigeria, three years after his Olympic gold in Beijing. The third Sevillista to make their debut was Joaquín Correa, as halfway through his two-season spell at Sevilla, he was called up by Sampaoli and made his debut against Brazil on 9th June 2017.

Finally, even though he had played for Italy in friendly matches, it was Franco Vázquez's turn to make his debut, on the 8th September 2018 against Guatemala. Ocampos has now joined this list, and clearly we can see the huge link between Sevilla FC and Argentine football.

First team
THE BANEGA FAMILY, WITH THOSE MOST IN NEED IN ROSARIO DURING THE PANDEMIC
Leer más
END_OF_DOCUMENT_TOKEN_TO_BE_REPLACED