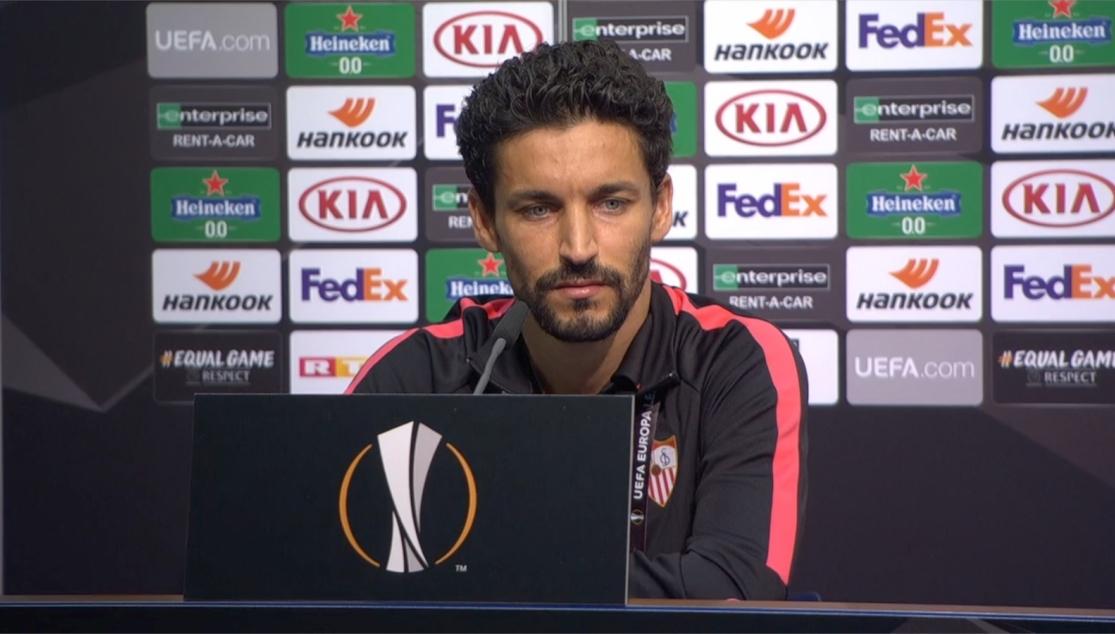 JESÚS NAVAS: "WE MUST BE VERY FOCUSED BECAUSE IT WILL BE A VERY INTENSE MATCH"

Jesús Navas appeared alongside Julen Lopetegui at the MSV-Arena for the pre-match press conference on the eve of the match against AS Roma. The Sevilla FC captain spoke before the training session, and stated that the team is aware of the importance of tomorrow's encounter: "We are all very excited. We know what we're playing for and how important it is for the club and for the fans, but we have to be intelligent because it will be a hard match".

He was also asked about how the team has trained recently, and he focused on the professionalism of the squad: "We are professionals and we know what we are playing for. We'll go for everything, we're very excited about going for a win to do something big in this competition". He then focused on the team's current form, and the intention of extending it: "We're focused on the match, we're going into it in very good form, we're playing well and getting good results. We have the idea of continuing this run".

To finish, Navas spoke about the difficulty of tomorrow's opponents after seeing their recent performances in Serie A: "The match is of huge importance given that the opponents in front of us are strong, and we must be very focused because it will be a very intense match".