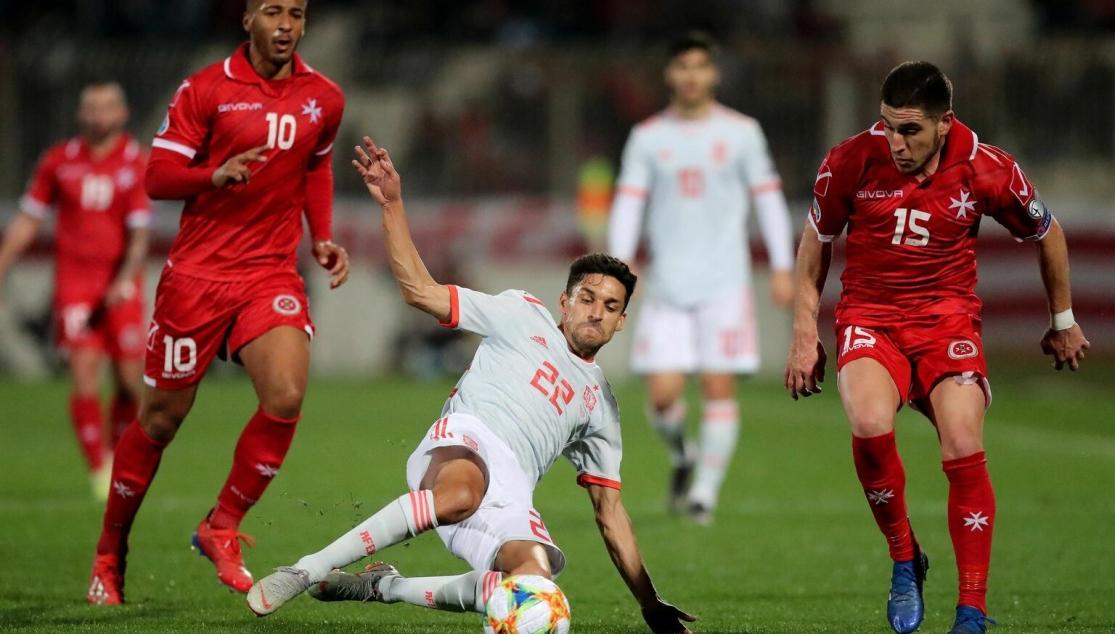 JESÚS NAVAS CALLED UP FOR SPAIN'S MATCHES AGAINST MALTA AND ROMANIA

Spain are now, mathematically, qualified for the 2020 European Championships. However, manager Robert Moreno has continued to call upon a similar squad to that which has helped the team qualify, for the last two games in the group. Jesús Navas has once again been called-up to the squad.

The Sevilla FC captain has again been included within the 23 man squad for the two games that Spain will play, both of which are at home. The only thing left to play for in Spain's books is qualifying in top spot in the group. In order to achieve this, the side will need to win at least one of their remaining two fixtures or hope that Sweden slip up. Next Friday 15th November, at 20.45, Spain will play against Malta in the Estadio Ramón de Carranza in Cádiz. The final match will take place on Monday 18th November, at 20.45, against Romania at the Wanda Metropolitano.

First team
ALFONSO PASTOR: "LOPETEGUI TRIES TO HELP US IN EVERYTHING AND GIVES US ADVICE"
Leer más
END_OF_DOCUMENT_TOKEN_TO_BE_REPLACED