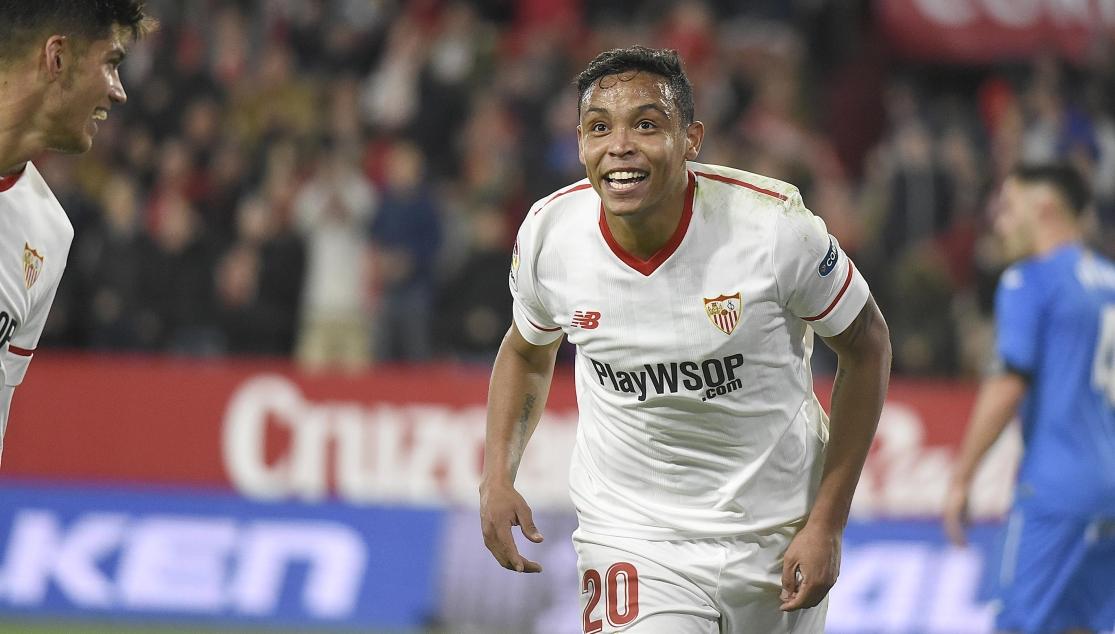 MURIEL: "THE CONFIDENCE THAT MONTELLA HAS GIVEN ME HAS PUT ME AT EASE"

The Colombian acknowledged that Montella's arrival at the club played a key part in the striker's improvement, also confessing that a desire to please from the beginning didn't serve the player well

Luis Muriel is at the top of his game since arriving in Nervión. The Colombian is a guaranteed member of the starting eleven and his performance has demonstrated his rise to the top. This Tuesday, appearing on SFC Radio's 'Sólo el Sevilla', he put his improvement down to confidence: "I never stopped working, persevering, I knew that a time would come when my work would start to pay-off. I continued fighting, working, and finally, I got the results I wanted. Montella's arrival at the club has also played a massive part. The confidence that he has given me has put me at ease, enabling me to perform as I have done in recent matches".

The striker admitted that wanting to please from the word go didn't serve the player well: "I felt the need to impress from the beginning because the Club had paid so much to sign me. I became extremely anxious, causing me to make mistakes that I wouldn't normally make. Thankfully I was able to come out the other side and turn the bad run I was having around. I'm happy with how things are going at the moment and I am filled with confidence and drive ahead of upcoming matches".

"I felt the need to impress from the beginning because the Club had paid so much to sign me. I became extremely anxious, causing me to make mistakes that I wouldn't normally make"

He continued: "Being confident is everything, being mentally well completely changes your rhythm of play, it makes you calmer, things go the best possible way for you...When I was anxious I made mistakes that weren't like me, that I'd never usually make. I think being calm and confident is so important for any footballer, and I believe that I am an example of this".

For Muriel, "confidence doesn't just speak on the pitch, it can be seen in a lot of aspects. Feeling important doesn't just make a difference on the pitch either, it's in the day to day and that's what's helped me through this time".

"Being trusted is everything, being in a good place mentally makes you play with another rhythm"

He also said being applauded off the pitch, as he was against Leganés, "is a unique feeling. In those moments I remember when I used to get taken off and they wasn't applause, there was something else. I remember that and I feel proud of all the work I did and what I had to get through. You only realise in that moment. Now the hardest thing comes and that's sticking to this path and thanks to God, I'm achieving it".

Finally, he assured the press that his knock that forced him off on Sunday feels better: "Fortunately I came off in time, when I felt that knock I stopped and it meant nothing happened. It's nothing, it just needs a few days of rest. I will start training midway through this week".

First team
ALFONSO PASTOR: "LOPETEGUI TRIES TO HELP US IN EVERYTHING AND GIVES US ADVICE"
Leer más
END_OF_DOCUMENT_TOKEN_TO_BE_REPLACED