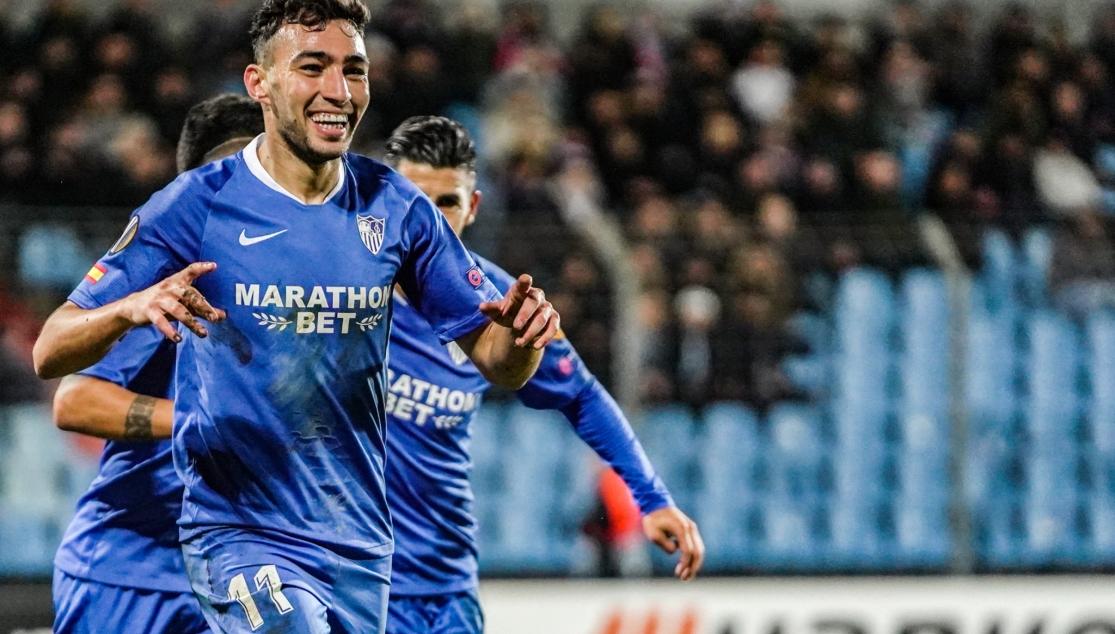 MUNIR: "WE ARE FEELING CONFIDENT GOING INTO THE NEXT GAME"

"Each minute that I'm on the pitch, I'm trying to make the most out of it"

Sevilla FC's hat-trick hero against Dudelange, Munir, spoke to the press after the win: "We are feeling confident going into the next game. We knew what we had to do to come here and get the victory, and we did just that". The attacker looked to enjoy the link up between himself, Dabbur and Rony in attack: "We enjoyed playing together out there, we all felt comfortable. There's a lot of competition up front and with any of the players, it would work well".

His hat-trick reflects his ambition: "a player always wants to play. Each minute that I'm on the pitch, I'm trying to make the most out of it". Of the three goals, Munir spoke about which one he liked the most (the final goal): "the chip was the most difficult. I think I'll stick with this one".

Now, the team turn its attentions towards the derby, a game in which the team will go into "with a lot of excitement and a willpower which they have shown up until now. We give our all in every game and in this game, we'll have to give even more". It won't be Munir's first taste of the derby as he already knows what it's like to play in it: "I was lucky enough to play in it last year and taste what it's all about, what 'sevillism' is all about, and that we have to win for them". For Munir, the game is "something that you can't explain, it's a pure feeling. We have to win to make our fans proud of us".

First team
THE BANEGA FAMILY, WITH THOSE MOST IN NEED IN ROSARIO DURING THE PANDEMIC
Leer más
END_OF_DOCUMENT_TOKEN_TO_BE_REPLACED