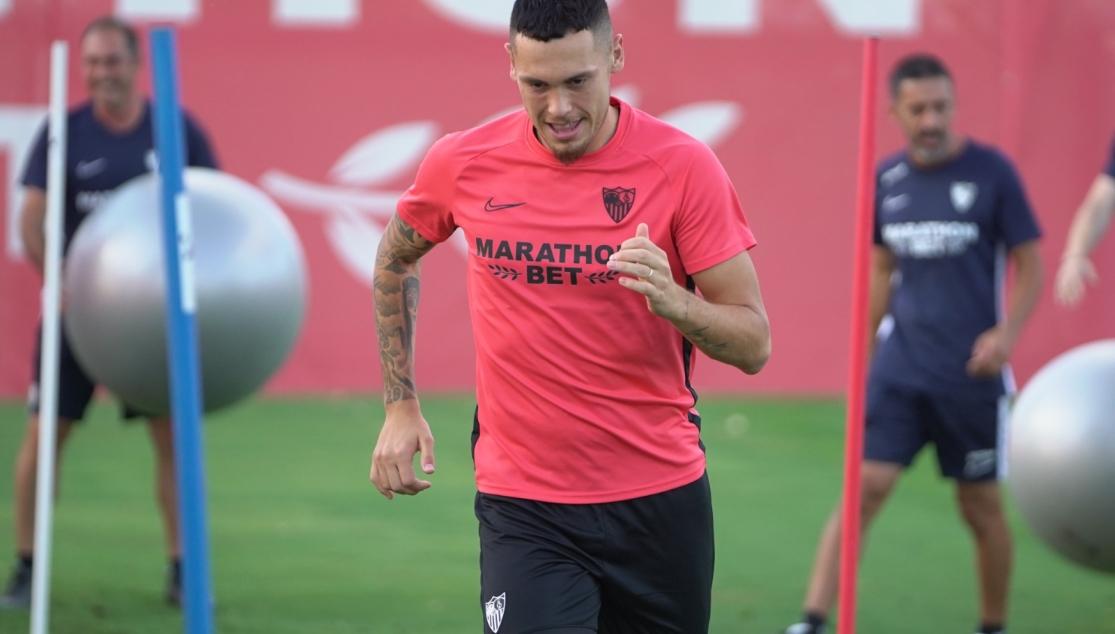 MOST OF THE INTERNATIONALS RETURN TO TRAINING, AS WELL AS OCAMPOS

Vaclík y Chicharito will return to training on Thursday

Julen Lopetegui's squad trained on Wednesday evening at the Estadio Jesús Navas at the Ciudad Deportiva José Ramón Cisneros Palacios. The Basque manager decided on an evening training session so that most of those who were on international duty could train, as their final matches took place on Tuesday night.

Therefore, Dabbur, De Jong, Carriço, Pozo and Bono joined the rest of the group, as well as Lucas Ocampos, who had spent a few days training alone as he recovered from a knock.

The squad will return to training tomorrow in preparation for Sunday's match against Deportivo Alavés. Vaclík and Chicharito, the final players to return from international duty, will also take part.

First team
THE BANEGA FAMILY, WITH THOSE MOST IN NEED IN ROSARIO DURING THE PANDEMIC
Leer más
END_OF_DOCUMENT_TOKEN_TO_BE_REPLACED