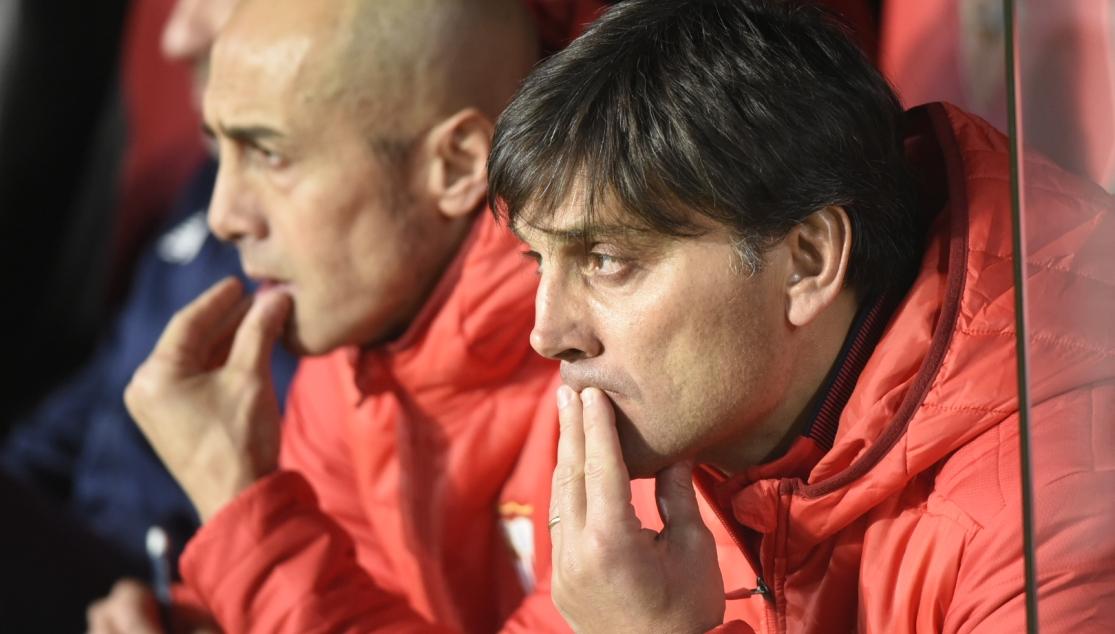 MONTELLA: “WE CAN TURN THE BOOING INTO APPLAUSE”

The manager spoke about a deserved victory, though he acknowledged that "we need to improve the last 10 minutes where we make mistakes"

Sevilla FC manager, Vincenzo Montella, praised his team for a deserved victory this Thursday against Cádiz CF, in which "we created a lot of opportunities, we came out compact, but afterwards we made mistakes that allowed the opponent to make their own opportunities. All in all, this has been a deserved victory, despite the fact that we need to improve in those final 10 minutes where we made mistakes".

Asked about the whistles from the stand at particular moments during the clash, the Italian coach said "there has been booing, yes, but not only for today's match - it has come as a result of the derby result. However, there is no better stimulus than to try and turn that booing into applause, something that comes with hard work. We felt the passion of the fans for the whole 95 minutes, we want to turn this situation around with work. We like to play here, against our fans and the biggest stimulus that we could have is to turn those whistles into applause".

"I haven't been here for long, we don't have much opportunity to train because we've got a lot of matches, but I have seen a lot of quality in this team. We can improve, but only with hard work", he concluded when asked about his squad.