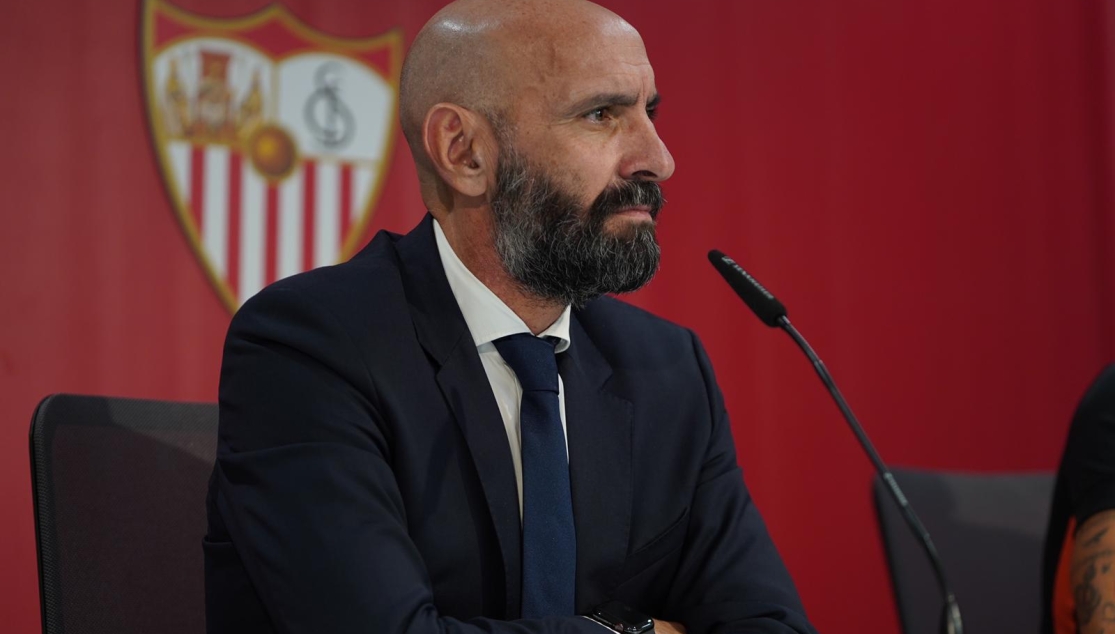 MONCHI ON THE UEL DRAW: "IT'S A FORMAT THAT WILL MAKE US FIGHT TO THE DEATH IN A FORTNIGHT"

"Roma are very competitive and will be a very important obstacle"

Sevilla FC General Sporting Director, Ramón Rodríguez Verdejo, Monchi, offered his thoughts on the draw for the final phase of the UEFA Europa League: "We have to win beforehand, a very difficult match against Roma, it's hard to look past it, also because of our way of looking at football, where the most important match is the next one. But there's a draw already and the journey will be difficult. The UEL has become a very difficult competition with very important teams and it will be difficult to reach the final, but we have to go step by step and overcome each barrier that they put in front of us".

He also spoke about Roma, who Sevilla will play next month: "They are a team I know well, they made changes in the summer and at winter, but they will demand a lot of us. They are very competitive, have a very good squad and a very important record, without a doubt they will be a very important obstacle".

To conclude, Monchi offered his thoughts on the one-off format: "I can't give an exact stat on who is favoured or damaged by playing just one match. It's a different format, it will demand a lot of all of us because we're playing for life or death in four matches across a fortnight, with no margin for error. The ability to concentrate, motivate and recover will be fundamental".