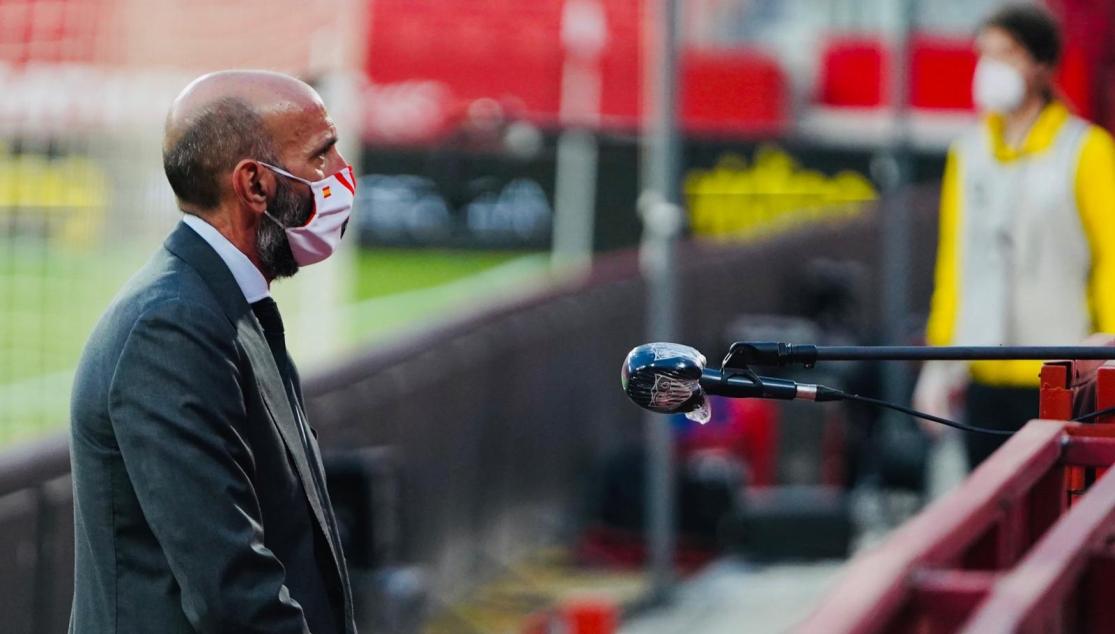 MONCHI: "AFTER THE COOLING BREAK THE TEAM CHANGED"

The General Sporting Director spoke about tonight's point, his friend Juan Carlos Unzué and the departure of Nolito

Monchi spoke to Movistar LaLiga after the 1-1 draw against Barcelona. The General Sporting Director said that "it is a bittersweet feeling, because we suffered in the first few minutes. We barely had the ball and against Barcelona, that is a big sin. But, after the cooling break the team changed, and we were the better side in the second half. I'll remember the improvement of the team, but for me maybe we were lacking a little bit".

He was asked about Banega's role in the game: "I also noted the change with three playing further back, adjusting more to the full backs. We became more even and had more calmness with the ball. Éver has that pause which you need against teams like these". He also spoke about other players who shone: "I won't discover Fernando now. Koundé is growing, he's still young and needed to adapt to a new league and language. In these three matches after the break he has played at a very high level and today was a test of fire for him, and he comfortably dispelled any doubts".

He also highlighted the strength of his friend Unzué: "We spoke to him yesterday and the message is difficult when he is stronger than us. It's nice to see the strength with which he's facing all this and we send him a big hug. We want him to continue sending that positivity and that energy to him because it is not easy".

To conclude, he spoke about Nolito's departure: "It was a complicated subject because he was not going to continue beyond 30th June. We looked for a deal which we were all happy with, because Celta wanted him. Nolito feels very loved there and we had an economic benefit. We're all happy, so it's a good deal".