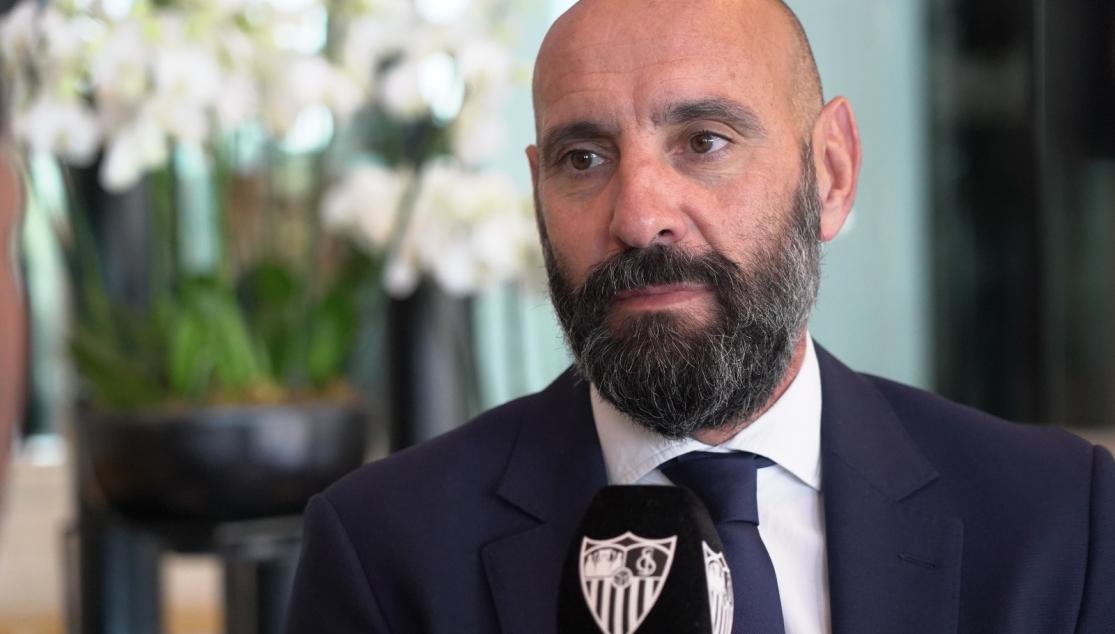 MONCHI: "QARABAG CAN MAKE LIFE DIFFICULT FOR US"

This morning, Monchi spoke to the cameras to give his views hours before the Europa League campaign gets underway for Sevilla against Qarabag: "We are feeling just like we have done before. We are excited to start, there's an uncertainty of what lies in front of us and the usual nerves of a competition. We hope that all these emotions translate into happiness on the pitch".

The Europa League is always special: "It motivates everyone and when we think about what we have already achieved in the competition, it makes the hairs on the back of your neck stand up. This is a special competition for everyone connected with Sevilla FC". Speaking about Qarabag, he said that he has already suffered against them before: "With Roma we won 2-1 here but we suffered a lot in that match; and even though that match in Roma we won 1-0, we again suffered a lot. It seems as if they come from a lower-level league with an unknown name, but if you analyse them only on their football, they can make life difficult for you. Sevilla is of course a better side, but this doesn't mean anything".

As for Monchi, he is feeling confident: "Teams tend to cancel each other out when the lesser rival is motivated and the superior rival relaxes. We aren't going to relax, but we are going to keep on doing what we have been doing and this will give us our best chance to overcome the opponent".

First team
THE BANEGA FAMILY, WITH THOSE MOST IN NEED IN ROSARIO DURING THE PANDEMIC
Leer más
END_OF_DOCUMENT_TOKEN_TO_BE_REPLACED