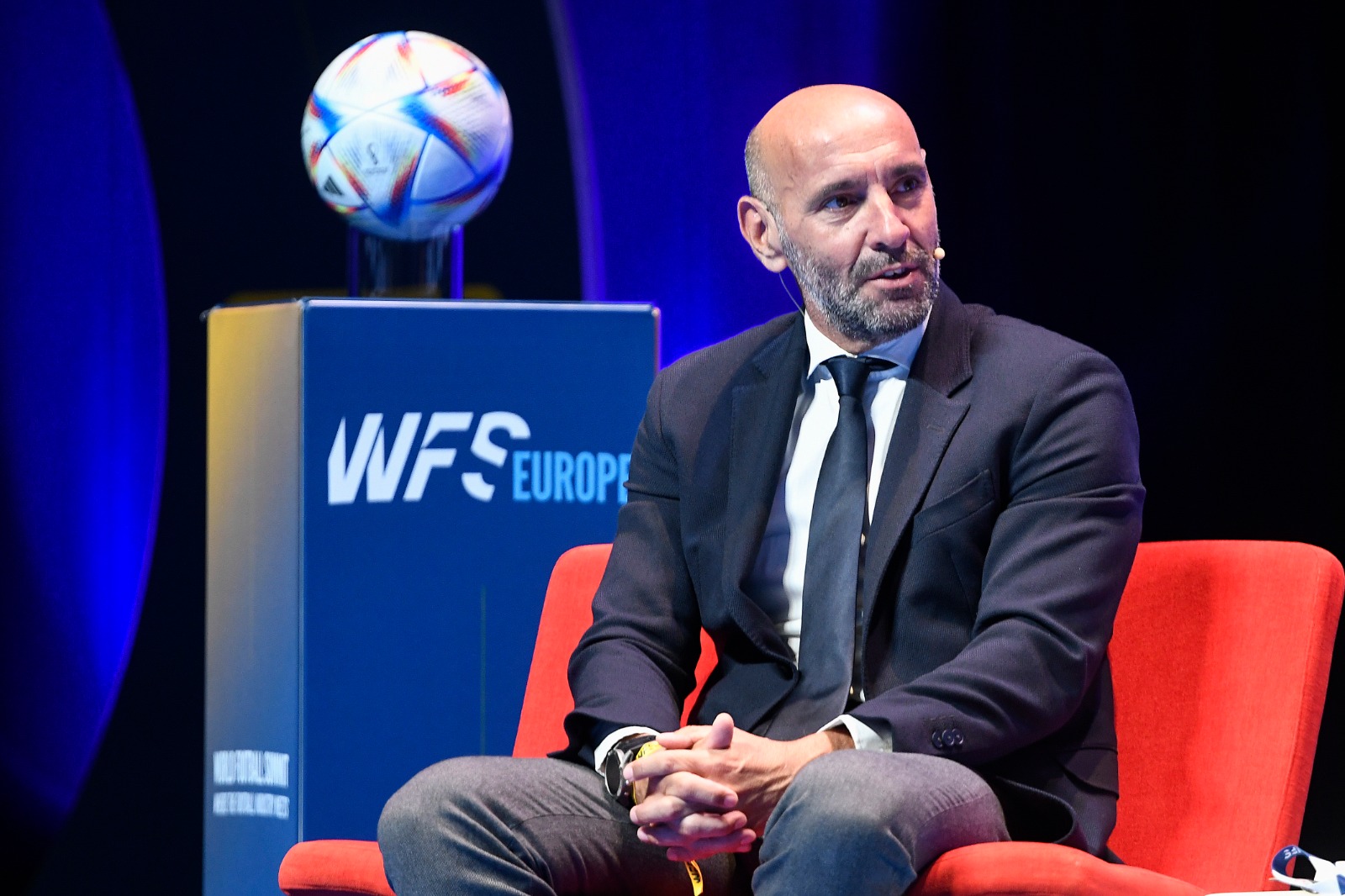 MONCHI AT THE WFS: "ADAPTING TO THE DELUGE OF DATA WILL BE AT THE FOREFRONT OF FOOTBALL"

"The changes from when I started out are massive. I started as Director of Football in 2000. In 2003 we were the only recognized club at a tournament in Punto del Este, where we discovered Dani Alves. These days there would be 200 clubs at the same tournament.  This tells us that we need to constantly innovate in our methods of finding new young players. Now we have to make use of all the tools available to us."

"We have an R&D department, connected to our sporting deparment, where all of this is agreed upon. I used to ask Julio Maldonado for training videos twenty years ago. Now we have analysts of data, statistics, fitness... this is the reality, even if it seems surreal. We have to use all this to make the best possible decisions. The shift is brutal. Digitalisation is here to stay and those who don't adapt themselves will be left in the dust."

"I used to get everything through my phone, so I had a certain level of intuition about any given player. Today we have a lot of information which allows us to build a detailed profile on a player using analytical tools. From an Instagram post to media remarks after a win, their attitude before an important match, their performances on the pitch... Nowadays there are algorithms that allows us to create a profile on a player."

"We can't ignore anything that further informs us before making the decision to buy a player. Footballers are still people. The performance of a certain player depends on their mentality. If you can gather as much information as possible about their personality, you have another factor which may influence a decision. We have to leave as little to chance as possible when it comes to the area of recruitment," he continued.

To conclude, Monchi explained: "This is an intrinsic relationship, where every club has their scouting department and data analysis department that will go hand in hand doing everything. When buying, selling, analysing... Those who structurally adapt to this deluge of data will take a vital step to seat themselves at the top table of world football."