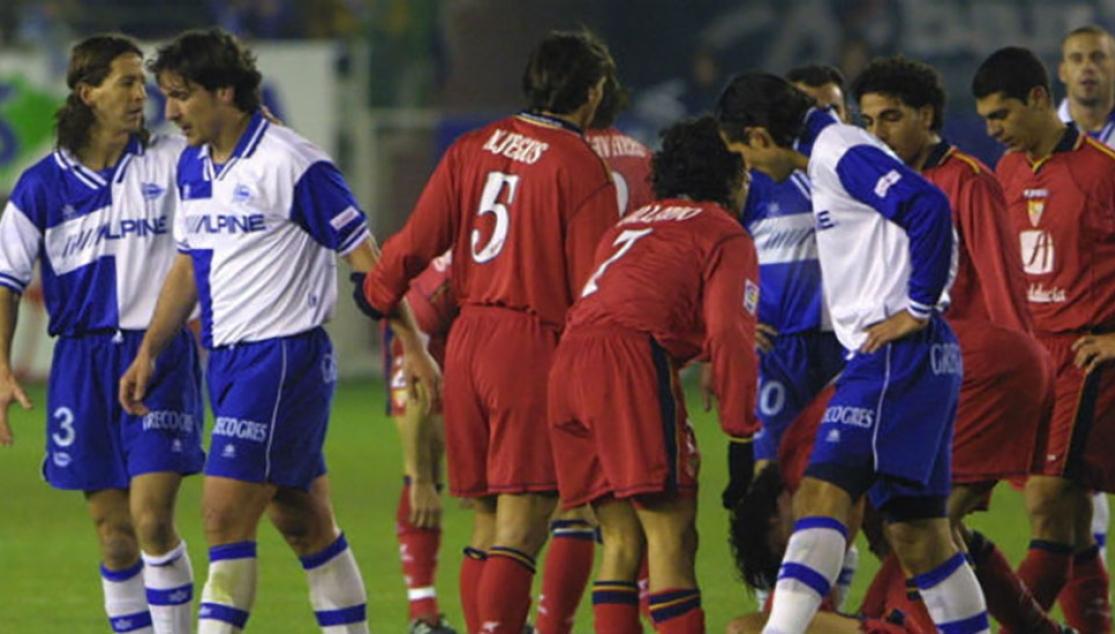 MISSION VITORIA: A PLACE WHERE SEVILLA HAVEN'T WON SINCE 2001

In the five visits since 2001, there have been two draws and three defeats for Sevilla

LaLiga returns this weekend after the first international break with matchday 4, with Sevilla FC sitting on 7 points after their opening three league fixtures: two wins away at Espanyol and Granada, and a draw at home to Celta de Vigo. This week, Sevilla head to Vitoria to take on Alavés in the hope of putting more points on the board in Mendizorroza. However, this hasn't historically been a happy place for Sevilla FC, with their last victory away to Alavés coming during the 2001/02 season.

It was on a cold December's day in 2001, when Sevilla last tasted victory against Deportivo Alavés in their ground. This was Sevilla's first season back in the first division, which shows how difficult it has been for Sevilla to play at Mendizorroza in recent years. After the 2001/02 season, Sevilla have played them on five occasions away from home, and picked up a mere two points from a possible fifteen.

Casquero gave Sevilla the victory, in the 85th minute, the last time they won in Vitoria

Sevilla FC, managed at this time by Joaquín Caparrós, went to Vitoria on matchday 17 of that season, with Alavés at the top of the table with 30 points from 16 league games. Sevilla, were sitting mid-table with 21 points. The team to play that day was: Notario, Pablo Alfaro, Javi Navarro, Njegus, David Castedo, Tomás, Francisco, Casquero, Reyes, Gallardo and Moisés. In the second half, Alfonso Vera, Prieto and Víctor Salas were all brought on. That night, Sevilla won a rough and tough game, which included: 8 yellow cards and 1 red card. The goal from Casquero came in the 85th minute, as Sevilla made the most of the one-man advantage they had after Téllez had been sent off.

Since then, Sevilla have only been able to pick up two points from a possible fifteen that they have played in LaLiga in Vitoria. The following year, in which Alavés went down, the result was 1-0. In the 2005/06 season, Sevilla fell to a 2-1 defeat. After this season, Alavés went on a long journey up and down between the second division and second 'B' division.

During these last three seasons when Sevilla have travelled to Alavés; they drew the first, lost the second, and drew the third time

When Alavés returned to the first division, in 2016/17, Sevilla picked up a point from the Mendizorroza, thanks to a first-half goal from Ben Yedder. In 2017/18, they suffered another defeat; and then last season, they drew 1-1 again, with another goal from Ben Yedder. This further prolonged the wait for Sevilla to pick up the three points away from home in Vitoria, against Alavés.

First team
THE BANEGA FAMILY, WITH THOSE MOST IN NEED IN ROSARIO DURING THE PANDEMIC
Leer más
END_OF_DOCUMENT_TOKEN_TO_BE_REPLACED