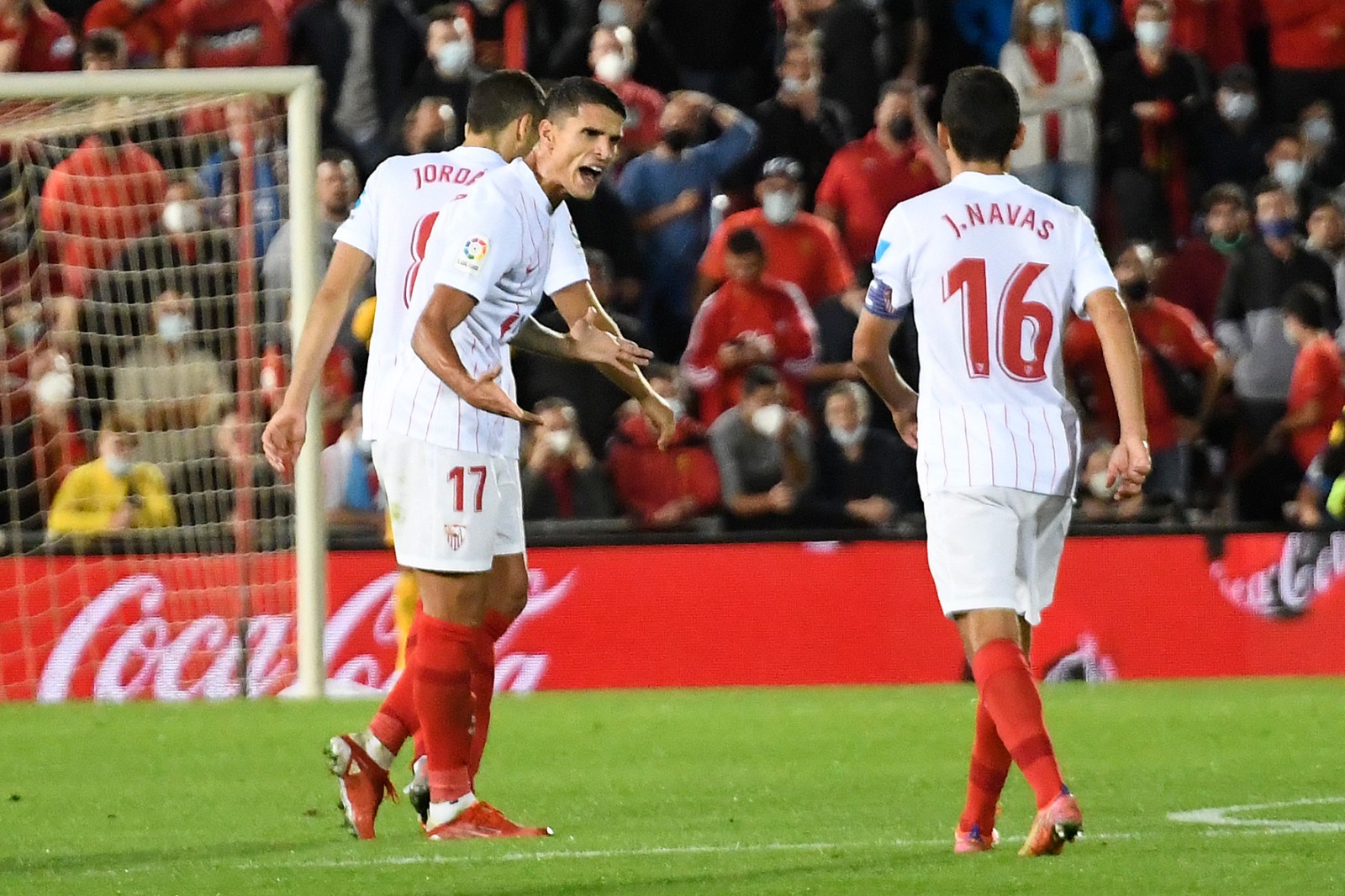 A point apiece at Son Moix in a match full of drama, where the referee decided to disallow a winner from Lucas Ocampos in the last minute of the match. RCD Mallorca did dominate the clash at times, but Sevilla FC came back to draw after a second-half screamer from Lamela cancelled out Sánchez's opener. Mallorca were reduced to ten men in injury time, and the visitors went all-out to snatch all three points at the death, and they thought they had done so until VAR disallowed Ocampos' winner due to a handball by Fernando after initially controlling the ball with his chest.

Sevilla trailed at the interval, and it would be fair to say that the scoreline maybe even flattered the visitors, with Antonio Sánchez scoring the only goal of the half after a ball in from the right flank. The hosts pressed much higher up against Sevilla, and it certainly unsettled them whenever they were in possession of the ball. Mallorca could have taken the lead inside a minute when Amath sent a dangerous ball into the box, but nobody could stab home. Lopetegui's side did have some chances, however. Rafa Mir went closest when he tried to chip Reina, after the keeper had come rushing out of his box, but his effort went just wide of the far post.

Ángel could have doubled Mallorca's lead early in the second half, but he hit the post, as did Rafa Mir a few minutes later

Lopetegui made a tactical change at half time, bringing on Ocampos for Acuña as he moved to a three-man defence. However, Mallorca came out all guns blazing and took the match to the visitors as they truly dominated the match for five minutes. Bono was called upon to make a save very early on before Ángel hit the post from close range. Lopetegui responded with a triple change, bringing on Augustinsson, Delaney and Lamela, a move which allowed the team to return to a four-man defence. They quickly improved, and nearly equalised five minutes later when Rafa Mir stretched to reach a Delaney cross, but Reina somehow tipped the ball on the post.

The team continued to go for the equaliser and got their reward. Jordán laid the ball off for Lamela, who cut in from the right-hand side and curled a superb shot into the top corner. Sevilla continued to press for the win, and it looked like the team had turned the match on its head in the last minute, against a Mallorca side who had been reduced to ten men after a poor challenge from Juame Costa. Jesús Navas crossed to the far post, where Fernando brought the ball down and laid it on a plate for Ocampos to tap home. However, the referee, after consulting VAR, disallowed the winner due to a handball by Fernando after his initial control with his chest. There was barely any time for more action, so the points were shared.

Sevilla FC are on 21 points in the table, and their next league match is the visit of CA Osasuna, on Saturday at 16:15.