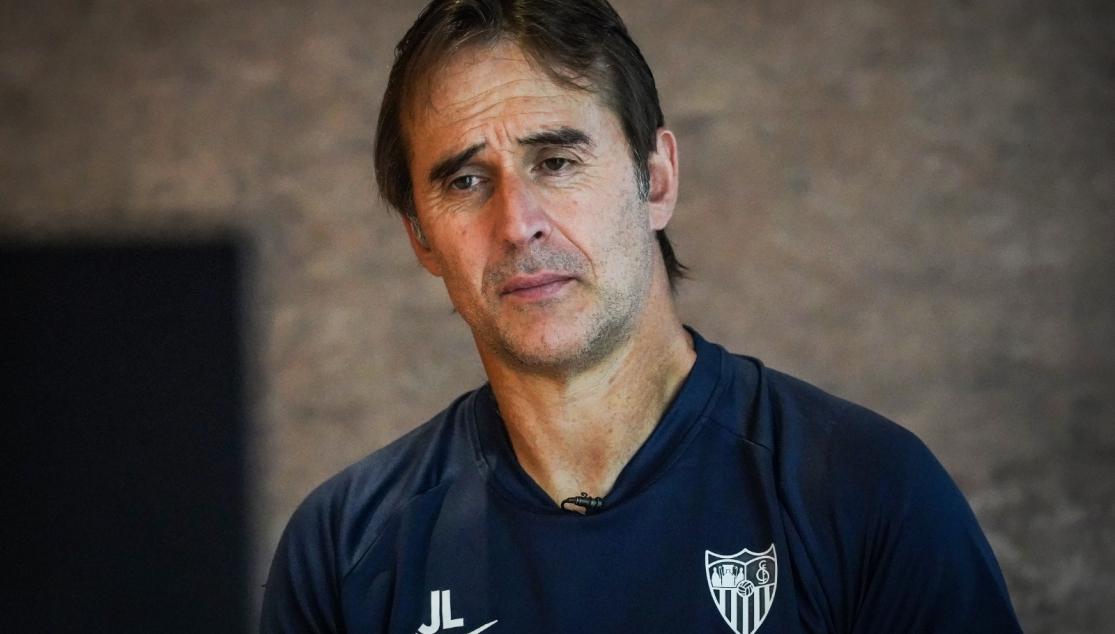 LOPETEGUI: “WE HAVE THE HEALTHY INTENTION OF OVERCOMING A GREAT RIVAL”

At the moment, Julen Lopetegui's vocabulary does not include words other than ambition, excitement and hard work. The reason, next Sunday's semi final, which will see Sevilla FC play against Manchester United, an opponent that he respects and says their team is "their best in recent years"; but the pride that he feels towards his team and the work that they are doing, leads him to face the match with enormous excitement.

Just two days before the clash, the Sevilla FC manager spoke to UEFA.com, stating that "the team is good, they're recovering and already thinking about the semi final. They're there with excitement, ambition, desires... and trying to recover well". Lopetegui did not hide his satisfaction with the work the team has done so far, not just during and since the break, but since he took the reins at the club: "We are delighted with the hard work, discipline and responsibility of the team throughout the year. We are delighted with the team's response and the excitement they have conveyed. From there, we are aware of the difficulties of all competitions, but the excitement and ambition remain intact. We have the healthy intention of overcoming a great rival".

"The only things that must drive us are ambition, excitement and the desire to compete"

On Sunday's opponents, Manchester United: "Saying Manchester United, you know what they are. There are few teams in the world like Manchester United, as a club and with the quality of football they have. It is one of the best Manchester United sides in recent years and they have very good players who have achieved excellent results. It is a team of high level, of high substance. These are the UEFA Europa League semi finals and the only things that must drive us are ambition, excitement and the desire to compete against and overcome, as I've already said, a great opponent".

Asked whether Sevilla FC would stay true to their style of play on Sunday, Julen Lopetegui confirmed that the only thing that bothers them "is to be ourselves and worry about knowing our opponents. Every match has its nuances and no two opponents are the same. But we always try to respect our virtues".

An unusual semi final, a one-off tie at a neutral venue, like the quarter finals and the Round of 16 too. For the manager, it makes every round its own final: "In a one-off tie, the distance, in terms of any mistakes you make, is reduced. Every match is a final. It's something that neither benefits nor harms. That's how it is, the circumstances have made it that way, but that doesn't make it any less beautiful or attractive".

And although he avoided thinking beyond the next training session, the manager is fully aware of the very special relationship Sevilla FC has with the UEL: "We are motivated by the excitement of facing this semifinal that we have earned with sacrifice and hard work. Plus, there's what this competition means to the club".