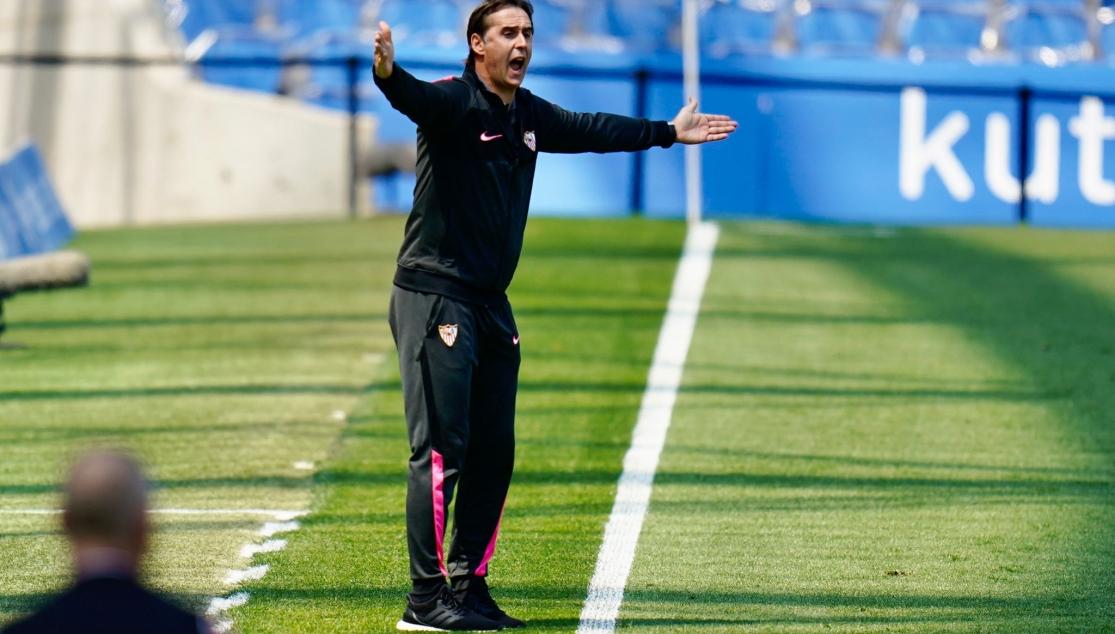 LOPETEGUI: “IT IS SUCH AN IMPORTANT WIN”

The coach not only highlighted his side's ability to turn the game on its head, but also how they dug deep in the second half

"Such an important win". That was the post-match verdict from the Sevilla FC coach Julen Lopetegui, as his side picked up a win against Real Sociedad in San Sebastián on Sunday afternoon. However, he does not want to talk about fourth place until it is mathematically safe: "It is such an important win, although things aren't assured until they're achieved. The team had a great mentality against the cup winners, they recovered and then dug deep in the second half. We had to adjust some things, but we competed well".

"The games are over when they are over. La Real scored an early goal from a mismatch, and we equalised soon after, which I think was key. They changed their formation and we changed some things too. We had to dig deep, even though we had a chance to kill the match off", added the coach, who is now looking ahead to Wednesday's match: "Like every match, it's important, and we're up against a Levante UD side who compete well. It's time to focus on recovering well and preparing for that match", he concluded.

First team
LOPETEGUI: "WE ARE WHERE WE ARE BECAUSE WE'VE HAD A VERY GOOD YEAR, NO ONE HAS GIFTED US ANYTHING"
Leer más
END_OF_DOCUMENT_TOKEN_TO_BE_REPLACED