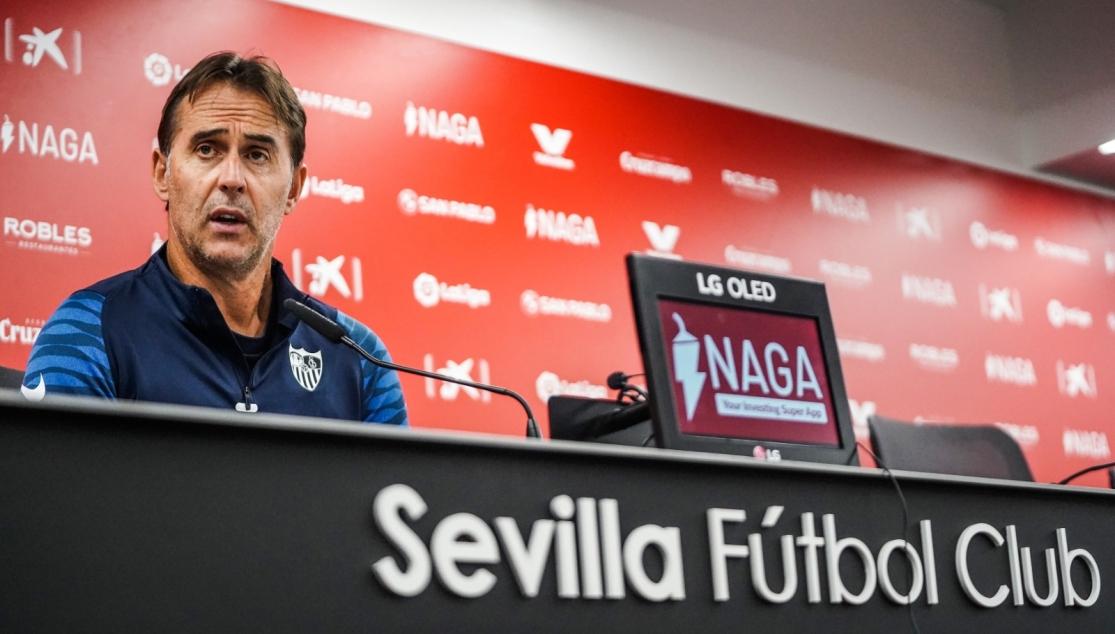 JULEN LOPETEGUI: 'WE WILL HAVE TO CONTROL LEVANTE UD'

Julen Lopetegui appeared before the media this afternoon following this morning's training session at the Ramón Sánchez-Pizjuán. Our coach analysed the difficulty of tomorrow's match against Levante UD: 'Now we're playing every three or four days. We're preparing for tomorrow's game and trying to get as many players fit as possible to face an ambitious opponent who have had the full week to prepare the match. We've had barely any time. We will need to adapt to the new Levante with their manager and we will have to fight tomorrow.'

Lopetegui went on to speak about his pleasure in welcoming back all of our fans to the Ramón Sánchez-Pizjuán for the first time since the pandemic: 'We're happy that normality has returned, with the stadiums 100% full again. Playing in front of your fans gives you an added responsibility and even more so against an opponent who will make life difficult for you. We'll have to be at our best.' In addition to praising his players, Julen honed in on the differences that a new manager has brought Levante: 'They played against Getafe under Pereira and they showed signs of what they want to do. We have to control them tomorrow - they are welcoming back some good players and they've proven against big teams that we will have to be fully concentrated until the final whistle tomorrow.'

Lopetegui also commented that some players were touch-and-go and would be decided upon tomorrow. He said that, rather than rotation, he prefers to speak of squad management: 'I don't like speaking about rotation, I always call it squad management and looking for the best solution for every game. When you play every three or four days you need to find alternatives.' He also spoke about how even every game is: 'The team is the same as in previous years. Football has become more even and every match in La Liga is a battle.'

'The ambition in this club demands we improve every match'

The coach was later asked about Ocampos' recent performances: 'He has played a lot of matches and he's at a good level. Lucas and his teammates played well against Lille and we want to give continuity to our individual and collective work. When the team is doing well, the individuals end up shining.'

First team
LOPETEGUI: "WE ARE HOPEFUL IN THE CUP BUT WE KNOW THAT THERE ARE NOT SECOND CHANCES"
Leer más
END_OF_DOCUMENT_TOKEN_TO_BE_REPLACED