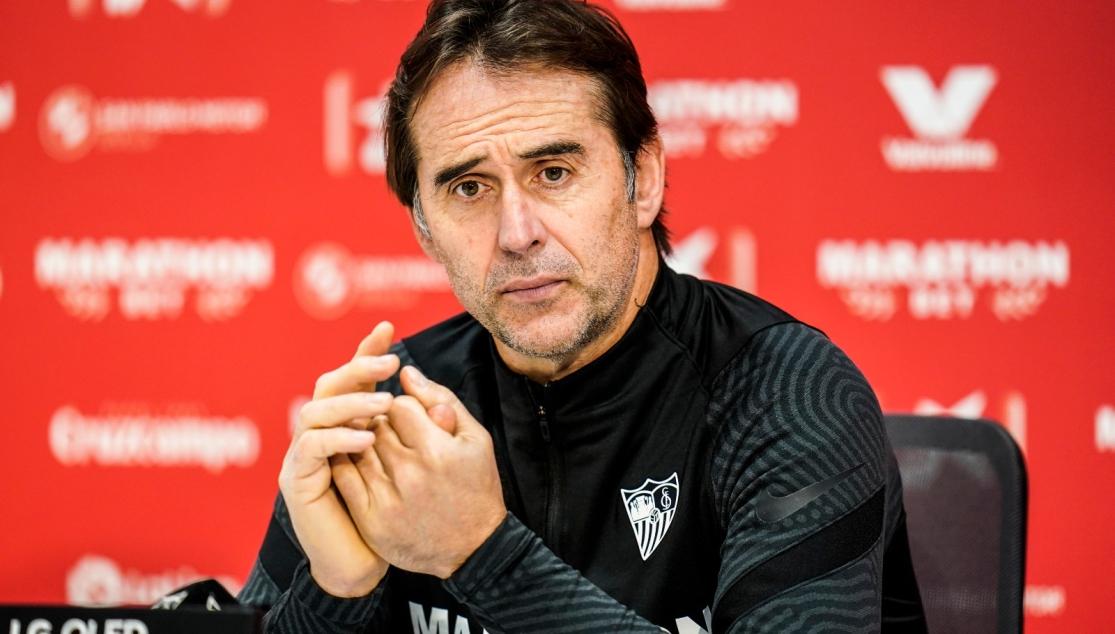 LOPETEGUI: "CÁDIZ ARE COMFORTABLE WITHOUT THE BALL AND KNOW WHAT TO DO WHEN THEY HAVE IT"

Julen Lopetegui, the Sevilla FC manager, has today given his pre-match press conference ahead of Saturday's match against fellow Andalusian side Cádiz CF. The manager began by highlighting that "generally the team is feeling good, with the logical wear and tear and knocks from the accumulation of matches. There is more than one player with a knock, but we will wait until tonight before making decisions about tomorrow. Everything goes right to the limit so we have to rush to see everything. Vaclík still hasn't trained with the group, I hope he can return soon, but he hasn't had the all-clear".

Lopetegui then analysed tomorrow's opponents: "We're facing a very good team, they are comfortable without the ball and know what to do when they have it. They have very clear ideas and the players are picked to do that. They have a lot of quality and I sincerely believe that they are a well-constructed side and the manager has spent a long time working on that idea with them. They're a difficult opponent to beat and we have to be capable of competing with all the difficulties that they will put to us. They have looked very comfortable against quality opponents".

"They have looked very comfortable against quality opponents"

"The factor of the fans does not exist, which can be important sometimes. That's how it is for every team. We're focusing on what will happen on the pitch tomorrow, as we're facing a team who are tough away from home, they have deservedly achieved great away results. They will oblige us to play really well to beat them", continued the manager.

Lopetegui then stressed how important his whole squad is for every match: "Rekik can play as a centre-half, a full-back, he can play in a three-man defence, etc. He has chances to play, like everyone. In each match, we will see which decisions are most fruitful. Óscar is injured, like Diego, I hope they can recover soon. The important players are those that are available, they'll be the ones who'll help us. Everyone has their alarm clock set for when it goes off, because everyone is going to get a match sooner or later. Everyone is important and that's what they will be".

"Every player in the squad is important"

To finish, the manager stated that he had no preference for a Copa del Rey opponent: "The team I want is the team that we'll face. There's no preferences in draws. If the draw lined up with my wish... That doesn't happen, whoever we play will be welcomed and we will approach that match with so much excitement and conviction".