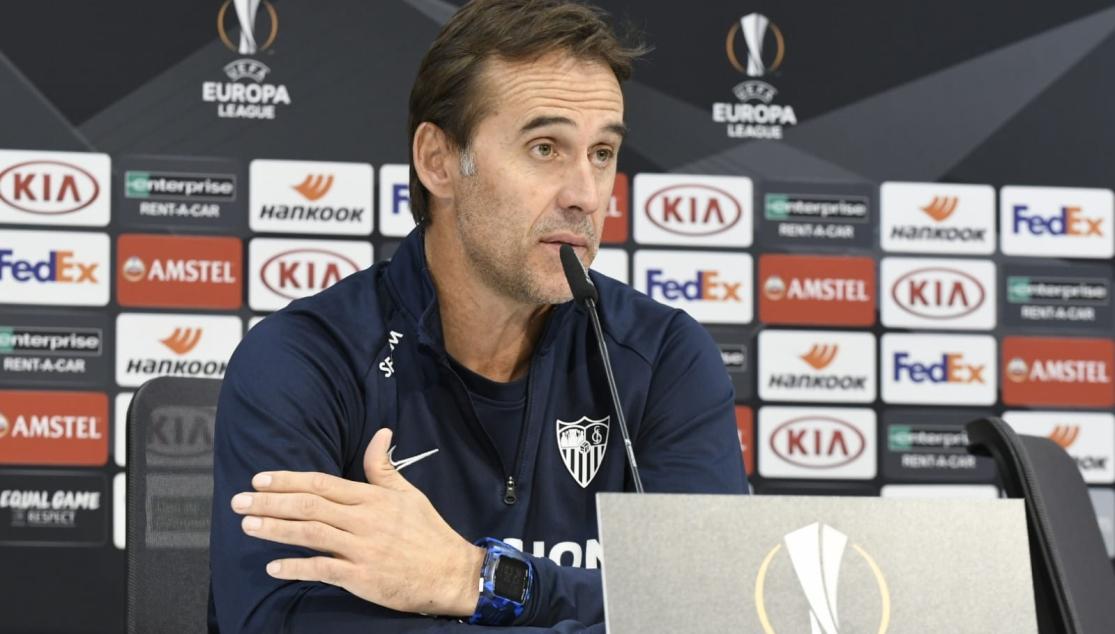 LOPETEGUI: "WE HAVE TO FOCUS ON OURSELVES AND RESPECT THE OPPONENT"

Julen Lopetegui spoke in front of the media ahead of the UEFA Europa League encounter against Dudelange tomorrow, Thursday. The Sevilla FC manager first of all said that "we're approaching this game as a new challenge. It's the third game and we're going to try and play some good football against a team who aren't going to give anything to us". Talking about the way in which they will approach the game, Lopetegui had this to say: "We must approach it like any other game. If you're not switched on and don't give 100%, they can hurt you. It's a team who, not so long ago, beat APOEL 4-3 in Greece and who last year, caused problems against good sides. We have to focus on ourselves and respect the opponent".

Likewise, on the supposed 'nobody's' from Luxembourg, Lopetegui reiterated that "we're not going to approach the game in this manner because it would be a complete lack of respect and humility shown towards the rival. We will try to do our thing, play good football, create opportunities and hope make the most of the them".

"It's important that everyone is singing from the same hymn sheet"

The name of Israeli striker, Munas Dabbur, was again mentioned in the press conference and once again, Lopetegui made it clear that everyone would get their opportunity: "Dabbur is treated the same as all the other players here. You will know the line-up tomorrow, anyone at all can play as everyone is ready to go".

Another topic that was debated was the amount of games that Sevilla FC have ahead of them now; but Lopetegui called for calm: "We'll take each game as it comes. There's no other way of doing things in football, as this competition right now is so important for this club. The team is prepared for the upcoming games. Before then, everyone will get an opportunity and it's important that everyone is singing from the same hymn sheet".

"You can only count your points once they're in the bag. We have to respect the rival"

Returning to the Europa League and tomorrow's game, Lopetegui assured that: "I'm only looking at the three points that we want to win and the opponent will try to stop that. You can only count your points once they're in the bag, and therefore we have to respect the rival as they will try to not let that happen". In the same way, he spoke about how important this competition is: "There are many good teams in the Europa League that are capable of being the ones to beat. For now, we have to focus on getting three points tomorrow night".

To finish off, Lopetegui spoke about the will to win and impress in Thursday night's match in Nervión: "We really want to win tomorrow and play some good football".

First team
THE BANEGA FAMILY, WITH THOSE MOST IN NEED IN ROSARIO DURING THE PANDEMIC
Leer más
END_OF_DOCUMENT_TOKEN_TO_BE_REPLACED