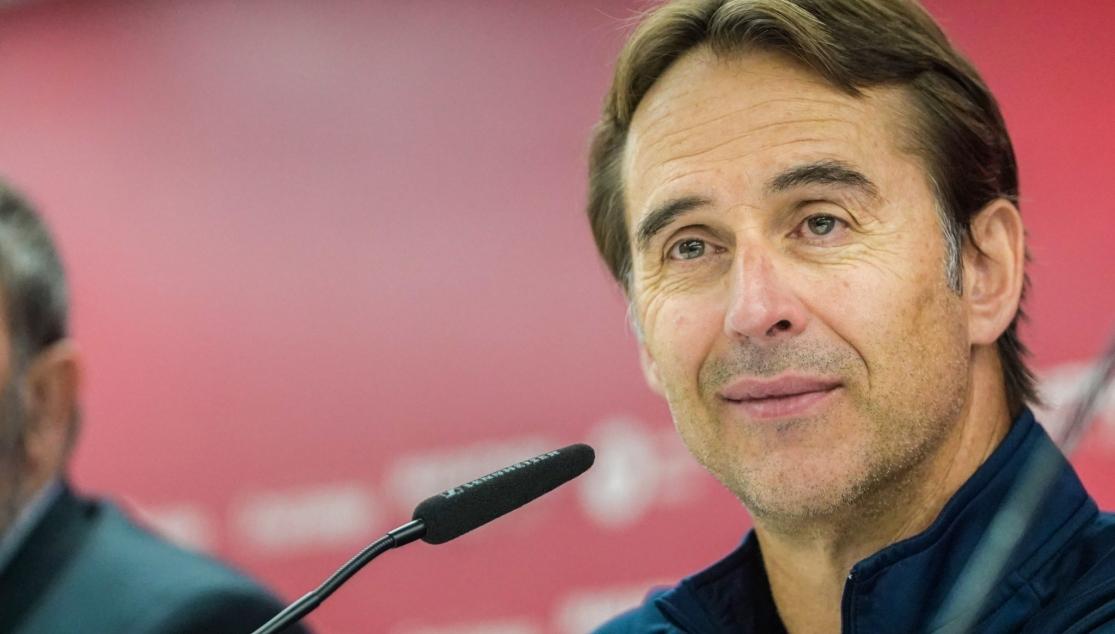 LOPETEGUI: "WE'RE GOING INTO THE GAME WITH AMBITION AND ENERGY"

Julen Lopetegui gace his press conference after the final training session before the derby. He began by speaking about Vaclík who had to stop early due to an ankle problem: "He had a little mishap, but we'll wait and see how he is tomorrow. We have to hope that he improves, but he isn't ruled out at all".

Speaking about the fans attending and the fact that the doors were open to the fans he said that "it was a special training session. When the fans are with you and giving you their affection in this way, it's brilliant for all of us. We'll take this into the game tomorrow. It was great to see".

"It was great to see. We're going into the game with ambition and energy"

Loetegui also spoke about his own players: "The dressing room are very aware of everything, even though there are many players who are new to this particular match. We want everything to be played in the name of healthy competitiveness and respect for football".

"We have to control ourselves emotionally and focus on the football"

Speaking about the opponent, Lopetegui said: "We're facing a good team who are laying well at the moment. They've changed a few things around, and tomorrow they could play 5 at the back - something which we have to ready for. We hope the fact that it's at their ground tomorrow will give us extra motivation".

"They have great players and are well organised. We're going to have to be at our best and we have to also control ourselves emotionally. Once the game starts, the only thing that matters is the football."

"We've been playing well but that doesn't mean anything for tomorrow"

To finish off, Lopetegui said that "we've competed well in every game. However, what you've done previously counts for nothing in the next game, which is why we have to focus on what we need to do tomorrow. It will require and lot of footballing and mental skill".

First team
THE BANEGA FAMILY, WITH THOSE MOST IN NEED IN ROSARIO DURING THE PANDEMIC
Leer más
END_OF_DOCUMENT_TOKEN_TO_BE_REPLACED