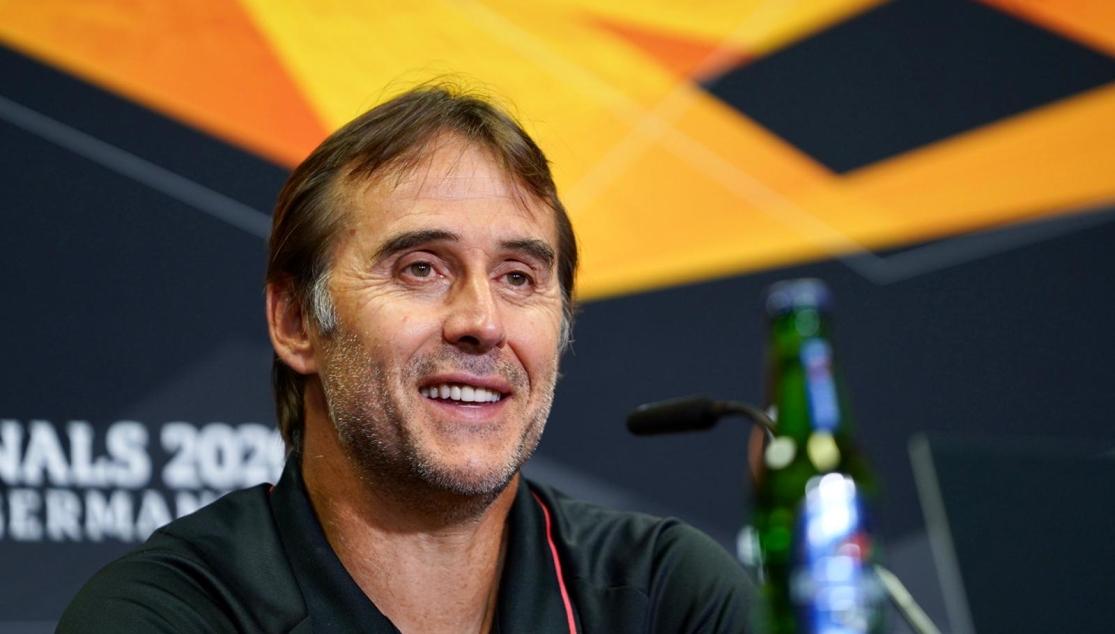 LOPETEGUI: "EVERY DIFFICULTY THAT WAS NOT IN OUR HANDS HAS MADE US STRONGER"

Julen Lopetegui has given his pre-match press conference at Stadion Köln on the eve of the semi final against Manchester United alongside Bono. He started by speaking about the dressing room: "The way we're feeling is the dead calm of a match that excites us a lot and the desire for the match to come. For the rest of them, there is excitement, ambition and desire, the team must feel that way in this scenario. It isn't different to other matches by being conscious of how nice and important it is against a historic rival who we want to beat. The main thing is excitement".

Lopetegui is expecting a powerful opponent: "I think this is the best United side in recent years. They have found their path and haven't lost since January in a league as competitive as the Premier League. They're a complete side in all aspects and have found a place for all their players. They will demand our best response on all levels".

United have an extra day's rest, but there are no excuses: "That's how it is. They played before and have that day, but as long as there's been a difficulty that isn't in our hands, it has made us adapt and become stronger. That's what it is, we'll adapt and go into it well. We're coming into it with so much excitement and that has to overcome everything".

The return of Gudelj is a boost on both a mental and sporting level: "The fact of his arrival is a great joy because he is very much loved in the dressing room and his welcome is a sign of what the dressing room is internally. On a footballing level he will come in and be available for our decisions. If it's his turn, he will help us, no doubt about it".

A whole year's work can come to fruition tomorrow: "Logically, we like playing in nice and important matches, even more so at these heights. We've fought all year for this and tomorrow we have that opportunity. We will try to go with our best side and be ready to beat our opponents, no matter how big they are".