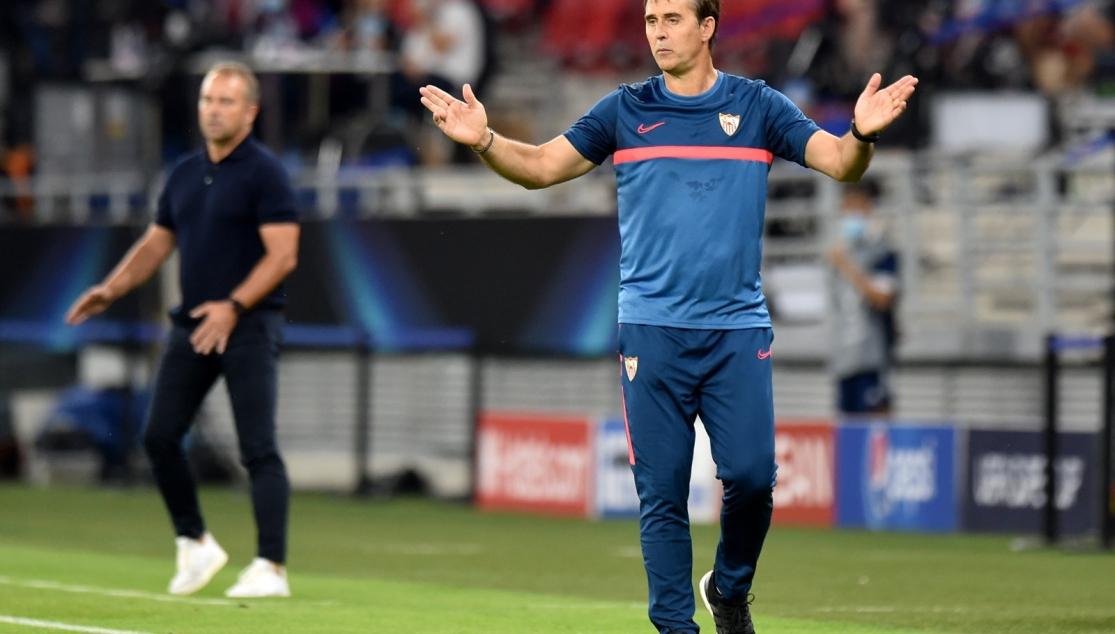 LOPETEGUI: "THEY SCORED IN EXTRA TIME AND THEN IT WAS VERY DIFFICULT"

Julen Lopetegui spoke to official media after the defeat in the UEFA Super Cup against Bayern Munich. The manager started by speaking about the key factors as the side were beaten in an even encounter: "We were close, but it wasn't to be. We are sad, because we came with the belief that we could beat Bayern by taking advantage of every detail. There's no other way of beating one of the best teams in the last five years. We had the opportunity, we didn't do it, and it's a shame. They scored a rebound in extra time and then it was very difficult, the blood was not going through their heads due to fatigue and it was complicated".

The Basque manager gave an in-depth analysis by focusing on the efforts of his team and what lies ahead: "We have to be proud of the effort we put into the match, and proud of the mentality and character of the players. It's time to learn, it's a good experience, but we have to recharge quickly and think about Cádiz, where unfortunately we will play in less than 72 hours, it's difficult to understand. Everyone has their reasons, but the reasons of Sevilla, the representative of Spanish football in the UEFA Super Cup, are not understood... this party deserved an exemption and even Cadiz was willing, so that's why we don't understand it very well. These are inexplicable things that happen in Spanish football and we have to adapt and prepare, no team would stop understanding it".

"The match in Cádiz deserved an exemption"

The manager again focused on the match in Hungary, and spoke about how the team finished the encounter, a sign of their efforts on the pitch: "We had to go to the limit and the lads did. They've all got muscular problems, but you have to finish like that as that's the way of giving your all. We have to make a big effort to clean everything up, recover quickly and focus on Cádiz, who are waiting for us with sharp nails because every match is an adventure".

"Wherever there is a Sevillano, they're worth 10"

To finish, Julen Lopetegui thanked the travelling supporters: "Wherever there is a Sevillano, they're worth 10. We are very grateful to them because we know how much effort it takes to come, especially for the recognition they gave us at the end of the match".