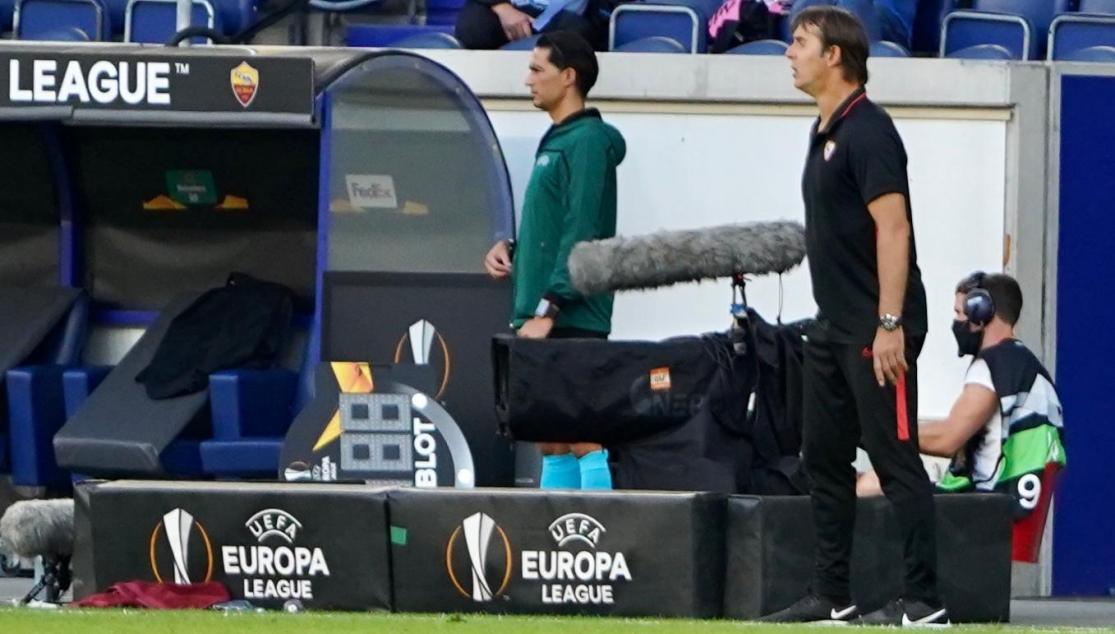 LOPETEGUI: "THE TEAM COMPETED AND BELIEVED"

Julen Lopetegui spoke to official media after the team progressed to the UEFA Europa League quarter finals. The manager was very happy with the performance in the 2-0 win against AS Roma in Duisburg: "We're happy, the team played well against a very good opponent. We knew about how difficult it would be and we prepared well. With just two full training sessions the team has shown strength, character and mentality".

The manager was also asked about the support offered from the squad members who were in the stands: "One of the things I can be proudest of is the synergy and the support of the whole group. It is the group who has brought us to this point and it is the group who will keep guiding us. The team competed and believed, and now we have to recover and think about the next one".

Regarding the next match, that is the only thing that is currently on Lopetegui's mind - reaching the latter stages of this competition: "We're not counting, we've earned the right to be in the next match, nothing else".